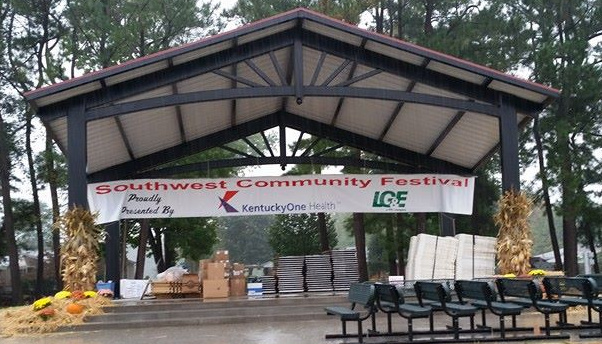 We want the SouthWest Louisville Fall Festival Tradition to Continue

Many of us are quite disturbed after our four SouthWest Louisville Metro Council representatives issued a joint press release stating that the SouthWest Festival committee has canceled the festival that is held at Sun Valley Park in the Fall of every year.

The Metro Council's statement is in italics below:

“We were saddened to learn that the Southwest Community Festival which has been a sense of pride for our area for 29 years was cancelled because of concerns over the lack of volunteers to help run this wonderful event..”

There was no advanced warning... there was no request for volunteers... only a cancellation.There are many in the SouthWest community who would have gladly helped with this, and we can still pull this off with strong organization and commitment. Our community was never asked, or given the chance to organize volunteers for this event.

"Our offices have been strong supporters of the Festival along with the community. Over the years, our districts have provided funding for the event in hopes of helping defray its costs."

The SouthWest festival has continued to grow each year. Our community is very appreciative of the funding that the Metro Council members have given through the years. However there also has been many corporate members who have also contributed financially to keep this festival going. There are many businesses in SouthWest Louisville that, if given the chance, would donate to keep this tradition going if only asked.

"Sun Valley Park is a wonderful venue for the Festival and it is our hope that someday it might return but that decision will be up to the community and more importantly, the Festival Committee which is the sole authority for making that determination not members of the Metro Council.”

Sadly a beautiful outdoor stage was built in the past few years that was used for this festival. There has already been a significant investment to keep festivals like this continuing in our community. By canceling this festival the stage will sit unused, a terrible waste of an investment made for our community.

Our community needs to have traditions, and festivals that continue year to year. This has always been a focal point to showcase the best of our community. If you believe that the SouthWest festival should continue please sign this petition.

NOTE: The SouthWest Festival Committee is the group that cancelled the festival. Our Metro Council Representatives did not make this decision and have done all they could to keep this festival going. We are advocating that the SouthWest festival committee make an attempt to get more involvement from the community before canceling this event that has become a 29 year tradition in our community.