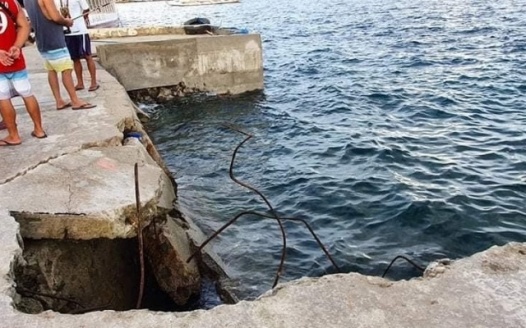 Suspend the implementation of modern fast craft in Tingloy, Batangas

Wooden-hull passenger boats are even phased-out in remote barrios of Tingloy.

The phase-out of wooden-hull boats and the replacement by modern fast craft is supposed to be an improvement for public service. Unfortunately, this is not the case.

This fact does not represent an improvement for the community but instead it is a serious deterioration of safety and public convenience for the following reasons, just to name a few:

• There is no public road access from other barrios like Pisa, Corona, San Isidro, etc by tricycle to Tingloy. How are the inhabitants of these remote barrios supposed to reach the town of Tingloy?

• Supplies cannot be delivered by road, as there is no suitable access.

• Marina suggested for the barrio community to take small boats to reach Tingloy, where the fast crafts are docking. Surely Marina, as the relevant authority, would be aware of the treacherous waters around Tingloy for small boats that would make such travel a dangerous undertaking. This clearly does not improve public service but put public an imminent danger and is prone to accidents.

• In case of Medical emergency, how can a timely transport to the mainland be facilitated?

• There is a wooden-hull boat service from San Juan to Mindoro. Would that also be cancelled? If so, is it expected by Marina that the community travel to Tingloy first, then to Batangas to finally make the trip to Mindoro? At what cost?

• It appears the transition from wooden-hull boats to fast-craft does only benefit the fast-craft providers and there is no tangible benefit for the community of Tingloy.

• The community would expect that Mayor Alvarez would represent the interests of the community of Tingloy as a common voice to Marina.

• Marina did hold a public meeting on July 13, 2020. However, all issues raised by the general community where not being considered and no feedback was provided as obviously the matter was decided already without proper consultation with the community of Tingloy and the meeting was just a formality.