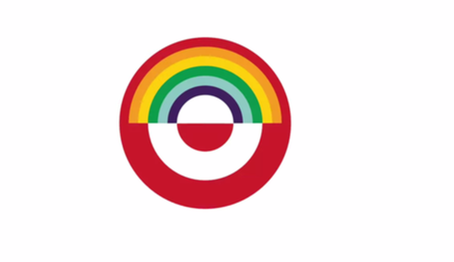 We should all be calling for the support of Target after the retail giant has continued to stand for inclusivity.

On its web site this week, Target announced, "We welcome transgender team members and guests to use the restroom or fitting room facility that corresponds with their gender identity. ...Everyone deserves to feel like they belong."

The American Family Association is calling for the boycott of Target due to their belief that predators will suddenly be flocking to Target restrooms in order to find sexual assault victims.

On the pledge they state, "Target's policy is exactly how sexual predators get access to their victims...Target's dangerous new policy poses a danger to wives and daughters...And we think the average Target customer is willing to pledge to boycott Target stores until it makes protecting women and children a priority."

Target has made it clear that people can use the bathroom based on their true gender identity. Transgender women are women no matter which anatomy they were born with. This means they will not feel comfortable living as male, and they will not look identifiably male. If a man walks into a restroom fully bearded and obviously male, they are likely not transgender and they are not in the correct bathroom.

In order to possibly protect victims from something that has never happened, people are insisting that we discriminate against an entire group of people based on predators that might take advantage. These laws will not prevent sexual assault. There have been zero instances of sexual assault by transgender people in bathrooms. "Approximately 4/5 of sexual assaults are committed by someone known to the victim." https://rainn.org/statistics. If someone is going to rape you in a bathroom, then they are likely going to be in there whether it is lawful or not.

This is not about the use of a bathroom, this is about giving people their rights as individuals. These laws are only attempting to scare the American people and drive a greater discrimination policy against the LGBT community by making them look like dangerous predators. Does anyone recall separate bathrooms during the Jim Crow era?

One solution is a common-sense approach and a reasonable solution to the issue of transgendered customers: watch your children and carry mace. Target should continue to defy bigotry and provide an environment free of discrimination.

Sign a pledge to Support Target now! Target and the people boycotting Target should know that we support their stand on inclusivity.

After you sign the pledge, contact Target and let them know you've signed the Pledge. Call Target Guest Relations at 1-800-440-0680.