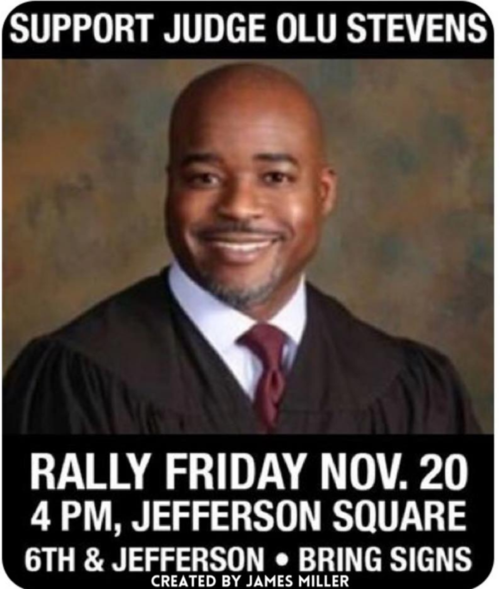 Kentucky judge is under fire after he halted a drug trial and dismissed the entire jury upon noticing a lack of black jurors.

“The concern is that the panel is not representative of the community,” said Judge Stvens, according to Washington Times.

Stevens is awaiting a ruling from the State Supreme Court Chief Justice; they will decide whether he continues to preside over criminal cases.

We as a community must come together and support Judge Olu Stevens. On tuesday a meeting will convine to further determine the fate of Judge Stevens. Please sign our petition so that we can show the Chief Judge of Kentucky, that not only are we supporting Judge Olu Stevens, but thst we will not remain silent to injustice in our judicial system.