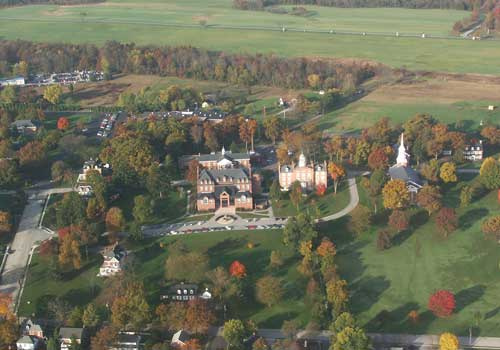 We as supporters of the Lutheran Theological Seminary at Gettysburg wish to offer our gratitude and thanksgiving to the faculty, staff, and board of the Seminary. Last year, they put in place a policy limiting the display of confederate flags on campus to historical contexts only. In June 2015, they changed that policy to prohibit the display of confederate flags that include imagery that is associated with hate speech and supremacist groups on campus (Seminary Ridge Museum excepted). We stand fully behind the seminary’s decision on this crucial issue.

We are inspired by the words of Daniel A. Payne, former Lutheran Theological Seminary student and the Sixth bishop of the African Methodist Episcopal Church (AME): “American Slavery brutalizes man—destroys his moral agency, and subverts the moral government of God. Sir, I am opposed to slavery, not because it enslaves the black man, but because it enslaves man… I shall lift up my voice to plead his cause, against all the claims of his proud oppressor; and I shall do it not merely from the sympathy which man feels towards suffering man, but because God, the living God, whom I dare not disobey, has commanded me to open my mouth for the dumb, and to plead the cause of the oppressed.” Most importantly our faith calls us to be a people living into Christ’s mission of reconciliation and love in the world. In Luke chapter 4 Jesus declares his ministry by saying, “The Spirit of the Lord is upon me, because he has anointed me to bring good news to the poor. He has sent me to proclaim release to the captives and recovery of sight to the blind, to let the oppressed go free, to proclaim the year of the Lord’s favor.”

As followers of Christ we seek to stand against sin and oppression wherever and however it exists. It is our belief that flags associated with the Confederate States of America, and specifically the Confederate Battle flag, are active symbols of that oppression. Their connection to slavery, racism, and oppression is so deeply entrenched that we do not believe they can be flown without causing pain. It is our belief that their presence on campus outside the context of the Seminary Ridge Museum provides a conflicting and confusing message of Gospel message of Jesus Christ and about who we are as children of a loving God. We give thanks to God for God’s continuing work of reconciliation in our world and the Lutheran Theological Seminary at Gettysburg today.