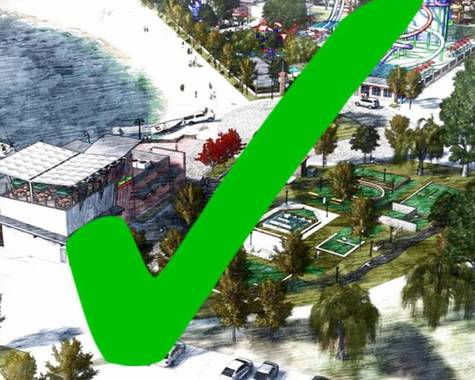 Supporting our Council and their proactive approach to economic development

Jason Cox, a local business owner and member of the Penticton Chamber of Commerce, said it best I believe: I think many people have missed the point that this development is first and foremost a multimillion dollar upgrade to the marina at Skaha lake which will increase the number of boat slips and dramatically improve the existing marina building to add a restaurant. I also think that the water slide component will enhance the park in the same way that loco landing enhances the park that they lease near okanagan lake. The developers are also paying to move and improve the splash pad for families and the boathouse for the paddle club. Also the city has ensured that the taxpayers are kept safe by securing a performance bond for the construction phase so the thing doesn't end up half done if the developers should run into trouble like the hockey dorm.

Rest assured that the development of Skaha Park has several enthusiastic supporters. We, the undersigned, are among them. Thank you for allowing for a family focused Entertainment spot that will bring new life to Skaha Park.