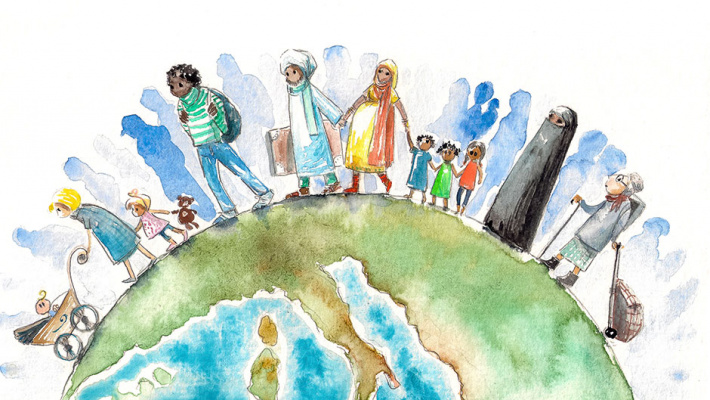 Defend DACA and our Dreamers!

Help us save the Deferred Action for Childhood Arrivals (D.A.C.A.) program!

Hundreds of thousands of young undocumented immigrants may lose their protection from deportation.

Attorney General Jeff Sessions announced in September that the administration was rescinding the Deferred Action for Childhood Arrivals (DACA) program.

Pulling the plug on DACA overturns President Barack Obama's signature immigration policy and could upend the lives of more than 700,000 people.

Who's been protected by DACA?

These are undocumented immigrants who were brought to the United States as children, a group often described as Dreamers.

About 690,000 young adults are currently protected under the DACA program and officials are processing more than 34,000 additional first-time applications, according to the latest government figures.

To be eligible, applicants had to have arrived in the US before age 16 and have lived there since June 15, 2007. They could not have been older than 30 when the Department of Homeland Security enacted the policy in 2012.

Among the accepted applicants, Mexico is by far the biggest country of origin, followed by El Salvador, Guatemala and Honduras.

How does DACA help these people?

DACA recipients have been able to come out of the shadows and obtain valid driver's licenses, enroll in college and legally secure jobs. They also pay income taxes.

What are the effects of ending DACA?

Ending DACA will not only upend the lives of many receipts it will also have detrimental effects on our economy. It will also cause the unemployment rate will rise as a result of close to 700,000 becoming unemployed. There will also be an estimated $26.4B reduction in social security and medicare over the course of a next decade. Also, Businesses and employers will accrue close to $3.4B in necessary turnover costs.

What we aim to accomplish?

By bringing awareness to the impact of ending the DACA program we hope to gather the support of our loving community through signatures on this petition.

Once our goal of 100 signatures has been met we will be forwarding this petition to the proper government officials as well as Governor Jerry Brown in hopes of encouraging our government to establish California as a sanctuary state.

This would ensure the protection of our state citizens and the American dream they strive for.