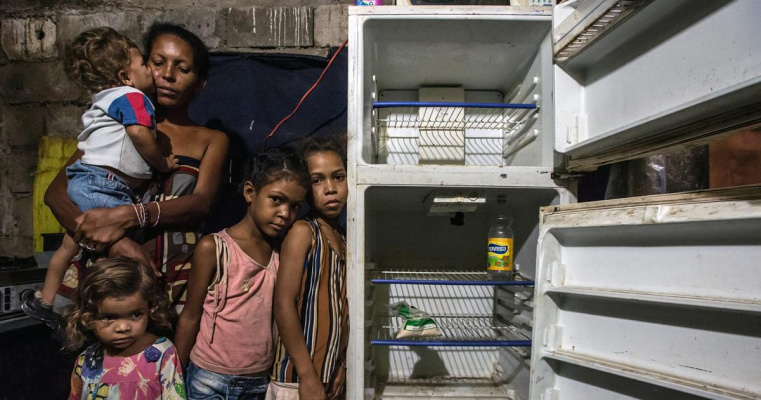 Support VERDAD Act to Help the People of Venezuela

Venezuela is suffering one of the worst humanitarian crisis that the Western hemisphere has ever witnessed. According to the UNHCR, currently more than 3 million Venezuelan refugees have fled Venezuela in attempts to escape the lack of food, medicines, and security that plague the country. This year, the UN estimates that the number of Venezuelan refugees will rise to 5.3 million, which accounts for 17% of the country’s population.

In addition, the economic crisis in Venezuela is horrifying as well. Caused by the systematic destruction of the private sector and the collapse of nationalized industries, the IMF reports that Venezuela has an inflation rate of 1.304.494% and is expected to reach 10,000,000% this year. These numbers translate to 90% of the country’s population living in poverty, and only 1 out of 10 Venezuelans being able to afford daily food, according to UNECLAC.

These facts are not just numbers, but rather indicators of the real suffering of the Venezuelan people. In order to respond to this crisis, a group of senators are supporting the bipartisan bill VERDAD (Venezuela Emergency Relief, Democracy Assistance, and Development Act). This bill is drafted “to provide humanitarian relief to the Venezuelan people and Venezuelan migrants, to advance a constitutional and democratic solution to Venezuela’s political crisis, to address Venezuela’s economic reconstruction, and to combat public corruption, narcotics trafficking, and money laundering, among other purposes."

By signing this petition you will ask members of Congress to support and pass a comprehensive bill that will help to alleviate the suffering of the people in Venezuela.