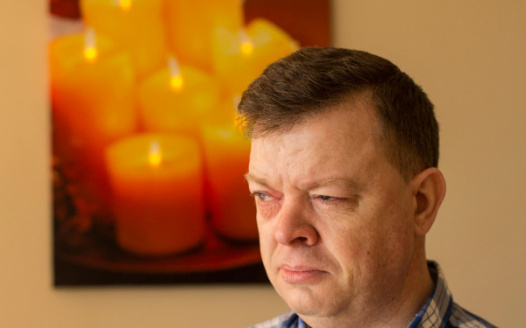 Caranua was established by the Residential Institutions Statutory Fund Act 2012. We will use funds from Irish religious congregations to address the health, housing and education needs of survivors living in Ireland and other parts of the world.
Todate survivors have not had its part in the opration and distribution of funding of Carauna, where they have had a voice, a say etc in best interest of what Carauna should be and what it should have meant from the very beginning.

Instead Caranua and it's C.E.O Mary Higgins has treated it's applicants feeling they were begging, making offensive remarks to survivors such as "they never be happy" " had a hole in them that Caranua could not fill" "they are damaged so deep that it doesn't matter what anybody does" "Never be cared for, loved, honoured". These are horrible and nasty remarks. Caranua is not transparent and is 100% judgement to survivors.

William Gorry a Survivor meeting with Dept of education:

Mr Gorry made 2 requests. Firstly he called for the dismissal of the CEO of Caranua, Mary Higgins, even though Dept education felt survivors were vindictive to the C.E.O Mary Higgins. William said she must step down to help repair some of the hurt and re-abuse caused to him and other survivors because of her remarks and management of the fund. Mr Gorry outlined the poor treatment he has received at the hands of Caranua. He considers that the scheme should be operated in a manner that better reflects the statutory commitments in relation to transparency, equality and consistency, and the sentiments expressed in the guidelines that talk of respect and compassion. Secondly Mr Gorry requested that the limit placed on individual claims to the fund since 1 June 2016 of 15k should be lifted immediately until such time as Survivors views were sought on the matter.

Dept education agreed that a series of consultation meetings will be held as soon as possible and not later than September in each province of Ireland where Survivors will be invited to discuss the future and management of the scheme. These meetings would be professionally facilitated. A request was also made to hold such consultation meeting in the UK given that many survivors live there (estimated at 40%), who cannot easily access meetings in Ireland and feel somewhat ignored. When Caranua begin to hold meetings in their new offices it is unlikely that UK survivors will be able to attend given the cost and in some cases the age and poor health of survivors. It was suggested that meetings should also be arranged in London, Manchester and Birmingham. There is the view that such an exclusion may alienate further survivors who perhaps feel removed from events in Ireland. Dept education could not consent to such UK meetings at this time but it is hoped that that she will reflect more on that and arrange such meetings which could be limited to London and Manchester.

As Mr Gorry articulated, it is critical that as this crucial juncture, with the just over 50% of the monies already distributed with the scheme having 2 further years to run, that Survivors be involved in the decisions as to how best to decide the allocation and use of funds that were given for their benefit. To put this into context, two major changes were introduced to the scheme without consultation, despite the statutory obligation on Caranua to do so. This has had serious consequences in practical and psychological terms for Survivors, again as Mr Gorry explained.

Mr Gorry welcomes the commitment to consult. However the question of the CEO’s removal from office remains.

William now wishes to meet with the Taoisceach, which he has requested quiet some time ago but has not yet heard from the Taoisceach office.

Support William in his request to meet with Taoisceach by signing this petition. By your support to William you will be helping all survivors.