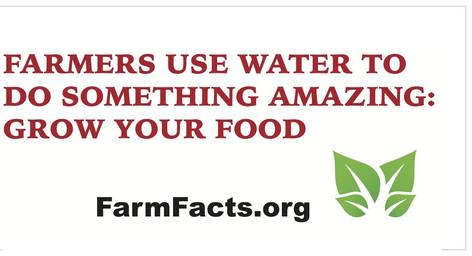 California has a water shortage and a drought. We can't prevent drought. We CAN prevent water shortages. Our amazing water infrastructure was designed to hold a five year supply of water for citizens because dry spells are a known cycle to occur in our state. Our system was built to supply water for people and food producers, but we now have a new third user siphoning off a system built for two: Fish. 50% of the freshwater in CA is being redirected to flow wastefully to the ocean to save a handful of non-native fish without any accountability, while urban users and farms are mandated to count every drop. H. R. 2898 holds every user accountable and streamlines projects intended to supply water to all of the people of California. Agriculture is the economic engine of our state providing more than a million jobs, billions to our economy, and provides safe, fresh, local, and affordable food to half of our nation. Nearly 900,000 acres of farmland has been put out of production with over 17,000 people who have lost their jobs. This is a also a matter of national security at a time when the United States is not looked at favorably around the world. Save California and the nation by supporting the passage of H.R.2898. "As goes California, so goes the nation."