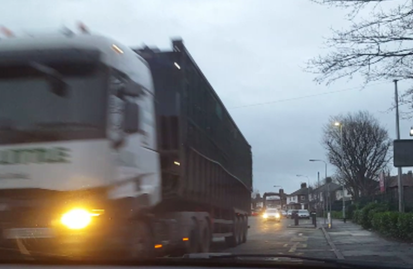 Support the Safety of our Children before it's too late

The government decided to make cuts on school crossing patrols back in 2013, our school being one of them and to say this is wrong would be an understatement.

Great Sankey Primary School is on Liverpool Road in Warrington and is a road which is constantly used as a shortcut to not only cars, but big tip lorries who come thundering down the road on a daily basis.

Since the Lollipop Lady retired in 2013, worried parents, and the school have begged Warrington Borough Council to put in more safety measures on the road, the outcome of this being that they extended the pavements at the school gates to supposedly make it safer for children to cross as there were apparently not enough children crossing to warrant a crossing patrol or enough cars coming down the road!

I am sick of seeing near misses on this road when children are trying to cross, I have seen cars stop to let people cross only to be overtaken by some other driver who is obviously in too much of a rush to wait.

I am constantly seeing people doing u turns right outside the school gates and parking on the yellow Zigzags.

Delivery vans parking next to a parked car right near where the children cross.

And constant speeding traffic and Lorries coming down the road.

I really don't want to be sat at school one day and witness a child being knocked down.

It is about time the Council stopped thinking about money and brushing this issue under the carpet before there is a fatality here.

At the end of the day, Barrowhall Lane Primary school round the corner has not only speed bumps along the full length of the road but also a lollipop crossing too!

I have also reported this to Warrington Borough Council and had no response.

I am now taking a stand and demand that something be done to protect the safety of everyone who attends this school.

Please help me to get as many signatures as possible, and i will have the backing of Warrington Guardian and Wire FM.

EVERY CHILD HAS A RIGHT TO BE SAFE!

Thank you all so much for you help with this.