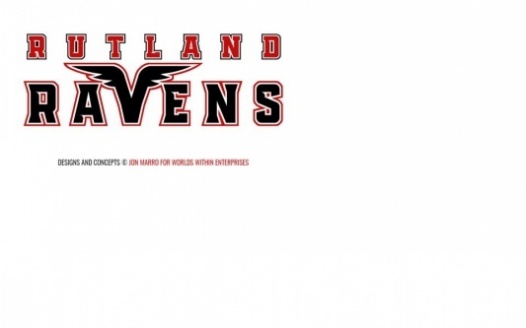 Sign this PETITION in SUPPORT of NEW RAVEN MASCOT IMAGERY FOR RCPS!

His work has been featured in Rolling Stone Magazine, The Wall Street Journal, Forbes Magazine and has appeared on The Ellen DeGeneres Show, Conan O’Brien, Late Night With David Letterman, The Tonight Show With Jay Leno, Late Night with Jimmy Fallon, Good Morning America and The Today Show.

This Rutland Grad has made a mark in the world! He recently moved back to Vermont and heard RHS changed its mascot to the Ravens. Jon created these designs and offered up his services to the school and community at large.

Do not hesitate to contact him as the rebranding begins. Some of Jon's design proposals for the Rutland Ravens can be seen here: Rutland Ravens Sample Imagery.

You can see more of his work at www.jonmarro.com.

By signing below you are showing your support for Rutland City Public Schools to work with collaborators including Jon Marro to design logos and imagery to accompany the new mascot of RCPS, the Rutland Ravens. Together we are asking that the RCPS School Board take the next step in completing the transition to the new Rutland Mascot.

PLEASE NOTE in the comments whether you are:
-Student
-Current or retired faculty or staff of of RCPS
-Rutland City resident
-Parent of current student or graduate
-Alumni (please indicate which year you graduated)