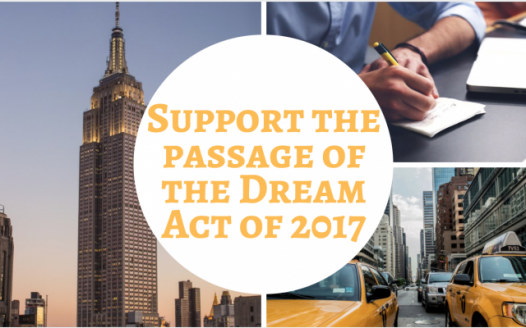 Support the passage of the Dream Act of 2017

The Dream Act of 2017 is a bipartisan bill that offers immigrants a legal path to citizenship. This bill was created in response to President Donald Trump's decision to end the Deferred Action for Childhood Arrivals (DACA) program that was enacted by the Obama administration in 2012. DACA institutes a temporary postponement of deportation for immigrants who have lived in the United States nearly their whole lives. Up to 800,000 people qualify for DACA, proving that there is a need for the program.

It is essential that we act now to preserve the lives of immigrant families within the United States of America. By signing this petition, we can urge our congressmen and local representatives to take a stance in favor of the passage of the Dream Act of 2017. Every signature serves as a step closer towards permanent protection for immigrant youth.