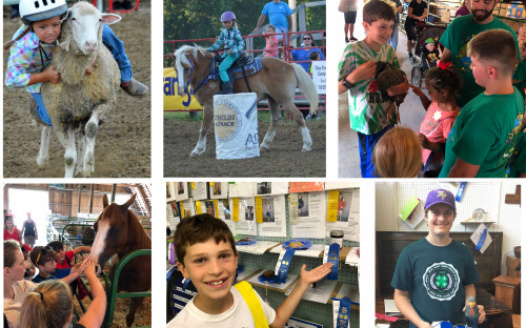 Dear Johnson County Board of Supervisors:

The Johnson County Agricultural Association is asking for a block grant from the Board of Supervisors for $110,000. The grant will go toward many things good for the community, including supporting 4-H and FFA, keeping the Johnson County Fair free, paying the police officers who help at the County Fair, and providing an emergency shelter in case of disaster. The fairground that the ag association manages provides a vast range of emergency infrastructure and entertainment to the area.

There is a group that is demanding that the Supervisors decline the request for the grant. Their main complaint is the Family Rodeo that is shown on the last evening of the fair. They claim animal abuse, and show misleading photos of a scared goat being tied. This photo is not from the Johnson County Rodeo for Kids, which no longer offers goat tying or a calf scramble. The main events are mutton busting, barrel racing, and bull riding, with other fun games for the youngest participants that do not include animals, like a boot race.

The weight limit of 70 lbs for the mutton busting (younger kids riding sheep) is strictly adhered to, and spurs are not allowed. The sheep are switched out frequently and are not harmed. Barrel racing is done on horseback, and kids work very hard with their horses all year to become accomplished riders capable of competing. As for bull riding, don’t think that the bulls are not cared for. A good bucking bull is extremely valuable and treated as such.

These are sports that encourage demanding physical activity, good sportsmanship, and in the case of the horseback riding, team work and deep love and bond between kids and their animals.

Those protesting the Family Rodeo seem to be against 4H, FFA, and the County Fair in general, and as such do not want to see money go to the Ag Association. One protester has written that too much money goes to “4H/FFA stuff” and “lots of people aren’t interested in the fair” and shouldn’t have to support it with taxpayer dollars. On the other hand, lots of folks do enjoy the Fair, many from outside Johnson County. Just as we all pay taxes that go to schools, roads, public security, etc., the Fair should be at least partially tax funded as well.

People complain about the younger generation-- too much screen time, vandalism, bullying, etc.—but then turn around and argue against activities such as 4H that get kids outside, working hard, making friends and doing community service. The goal of 4H is to cultivate citizenship, leadership, responsibility and life skills. In my opinion, this is a good use of taxpayer dollars.