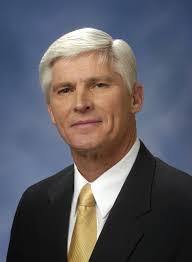 290 people have signed this petition. Add your name now!

We are shocked and disgusted by the unwarranted mailing launched against Michigan’s conservative RNC Committeeman Dave Agema by the Michigan Freedom Fund, whose president is homosexual activist Greg McNeilly.

In mid-April there were many throughout Michigan who received an expensive mailing, sent by the Michigan Freedom Fund via U.S. mail, which accused Dave Agema of being a “divisive and hate-filled figurehead.” We assume that McNeilly made this charge in response to Dave’s (so-called politically-incorrect) statements in support of natural marriage, which is a plank in the 2012 Republican Platform. On March 22, in Mason, Michigan, McNeilly “married” his male partner, taking advantage of the few hours during which same-sex “marriage” supposedly was legal in our state. We can only assume by his actions and those of the Freedom Fund, which he runs, that Mr. McNeilly does not support the platform of the Republican Party that defines marriage as the union of one man and one woman.

We are disheartened and dismayed to have learned that McNeilly and the Michigan Freedom Fund are apparently supported by billionaires Dick and Betsy DeVos, long-time major movers and shakers within the Michigan Republican Party.

As defenders of our 2012 Republican Platform, we demand rejection of all financial support from Michigan Freedom Fund or any other organization which is opposed to natural marriage or Dave Agema. We also strongly urge you to rescind your calls for Dave Agema’s resignation.

We view this egregious attack on Dave Agema as part of a much larger effort by “Chamber-of Commerce” Republicans to purge the GOP of grassroots social conservatives. The offensive mailer urged those who agree that Dave Agema must resign, to sign up as precinct delegates, even going so far as to include a “Precinct Delegate Affidavit of Identity” form in the mailing.

In pandering to the homosexual agenda to obtain financial support, we are losing the values on which our party is established.

We support the RESOLUTION SUPPORTING CORE VALUES OF THE 2012 REPUBLICAN PLATFORM which was adopted by the Republican National Committee on April 12, 2013, and expect our Republican leaders to do the same.