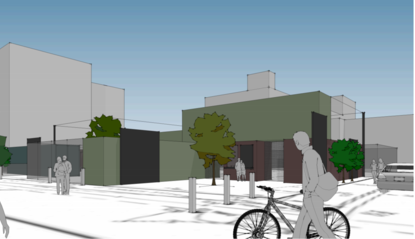 Petition in support of The Eddy: Beer Garden & Community Space

This petition is in support of The Eddy project in the Downtown Reno/ Riverwalk District at 16 South Sierra Street. The Eddy will be an outdoor beer garden & community space with the bar’s being housed within shipping containers. This is an eco-friendly, artistic design that has been very popular in many large cities such as San Francisco, San Diego and Austin, TX. The space will also be made available for daytime community & family friendly events such as yoga classes, farmer’s markets, art showcases, and live performances. In the evenings, the space will mostly be utilized as a traditional beer garden venue, with live music independently permitted to coincide with special events. This will make a positive impact on the surrounding neighborhoods by bringing patrons who would normally not come to the area during the daytime or evening hours & providing a safe place for families to recreate. The Eddy will also be making a positive impact by providing a venue for local artists & vendors to showcase and sell their work. The overall plan & design for The Eddy is in line with the ReImagine Reno Project.

We, the undersigned, are citizens & business owners in Reno who are in support of this project. We believe that this project is going to add to the underdeveloped & underutilized area that is the Riverwalk and overall have a positive impact on the neighborhood and community at large.