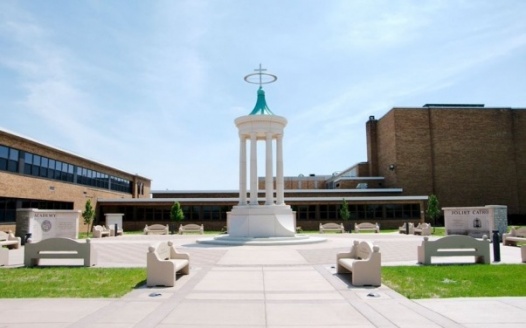 Support the Alumni Coalition for Change at JCA

We, the undersigned, write in solidarity with the Alumni Coalition for Change at Joliet Catholic Academy and the numerous others who have come forward with their experiences of racism at JCA. Further, in light of one especially divisive social media post, we echo the Coalition’s call for disciplinary action for the Theology teacher who liked the post and for an explicit “sincere apology to the many Black alumni and current students who have been subject to the intolerance and negative culture” of JCA. We implore the administration to set a precedent through these actions and another statement, to strengthen the system by which faculty—particularly in the Theology department—are evaluated in the classroom and online, to convene an initial meeting of alumni of color and seek their feedback, to establish a firm policy of anti-racism to which all students, faculty, and community members are required to adhere, to explicitly say and stand by “Black Lives Matter.” The Alumni Coalition for Change is ready to advise and assist in bringing about the changes needed at JCA.

In recent weeks, a member of the Theology faculty and Respect Life Club leader liked a Facebook post that clearly runs contrary to JCA’s stated values. This widely shared post read, “If shit hits the fan and you decide to start robbing people… you might want to start with the houses that have Bernie/ Biden 2020 signs. They don’t believe in guns. Those Trump supporters will blow your worthless head off.” This post defies what might be dismissed as partisan humor, as it encourages and makes light of violence against those protesting the murder of George Floyd and countless other Black Americans. Worse, as a majority of the protesters are Black Americans, it may be seen as a call to further racist violence.

We wholeheartedly agree with the Alumni Coalition for Change and others that it is absolutely unacceptable for a member of JCA faculty, an educator of Black Angels and Hillmen, to “Like” this violent, threatening language. Surely, one might point out that this is just one incident brought to light involving this teacher and JCA. But, recent events have done much to reveal hateful patterns across the experiences of numerous alumni. Commonalities among alumni stories in these comments reveal deep-rooted issues in the school with homophobia and with racism.

Put simply, while this incident is but one event making big waves, it has become a vehicle by which many alumni have publicly aired out their negative experiences with faculty, fellow students, and structures of JCA itself. An example must be made, an apology must be issued, the voices of Black alumni and other alumni of color must be heard, and a new, lasting strategy for combating systemic racism and other prejudices must be instituted. The Alumni Coalition for Change at JCA is best poised to advise the school on strategies for making these changes.

As acknowledged in the statement on June 3rd, 2020, Joliet Catholic Academy recognizes “no debate pertaining to the value of human life and the denouncement of racism in all its forms.” Therefore, the implorations outlined by the Alumni Coalition for Change at Joliet Catholic Academy seem in order with JCA’s values. While these are trying times for our community as for our country, we believe that JCA can reform and grow through them, in a stronger commitment to Black students and alumni, to anti-racism, to the condemnation of prejudice in all forms.

To sum up, we the undersigned stand with the Alumni Coalition for Change at JCA, with Black students and alumni, and with all our community members of color, in calling for the administration to:

We emphasize that this list of concerns is preliminary, and that the priorities of Black students and alumni, and all community members of color, are subject to change. This does not purport to be an exhaustive list of present concerns, but a statement of solidarity with the Alumni Coalition, with all Black Angels and Hillmen, who should have the final word on these issues and the way forward. Finally, this statement serves as a call to action for JCA to work with the Alumni Coalition and other community members of color to provide lasting change on racism and prejudice.

[View the original address to Dr. Budz and the administration here]