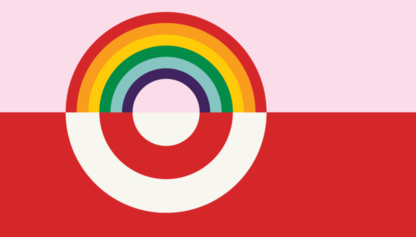 345 people have signed this petition. Add your name now!

Big-box retailer Target released a statement on 4/19/16. An excerpt: "We believe that everyone—every team member, every guest, and every community—deserves to be protected from discrimination, and treated equally. Consistent with this belief, Target supports the federal Equality Act, which provides protections to LGBT individuals, and opposes action that enables discrimination...Everyone deserves to feel like they belong. And you’ll always be accepted, respected and welcomed at Target."

Target's stance was in response to recent anti-LGBT legislation that has been voted on & signed into law (or in a couple of cases, voted against & in one state vetoed). These laws give states the right to discriminate against LGBT people, In some cases they specifically focus on transgender people being legally allowed to use the restroom &/or locker room that corresponds with their gender identity.

That concept is upsetting to people who fear change, & also those who don't realize they've likely already shared facilities with a transgender or otherwise queer person & the world didn't end.

Target has decided to allow their visitors & employees use the restroom of their choice, because they realize it's the decent, inclusive thing to do.

Target is now catching some flak for their choice. There's a petition being run right now to boycott Target for their kind & forward-thinking stance towards their LGBT customers & staff. That petition currently has over 800K signatures & looks like it could easily have another fifty thousand before dawn. (that's in about 3 hours.)

I don't work for Target. To be honest, I don't always shop at Target. But the pledge I'm making today is that for the next few times I go shopping, if there's something I need that I can get at Target, & it's on my way, I'm gonna shop there. I don't know if more than 800K people will agree with me..but think about it. D'ya want to be on the wrong side of history with segregated lunch counters & "fag bashing" attacks, or the right side, where we all put up with each other, regardless of orientation or gender identity?

I know where I stand & where I'll be shopping. How about you? Sign this petition to support Target's stance on diversity & acceptance, & say that you won't be boycotting Target.