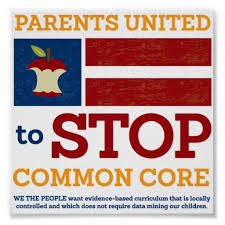 We the following parents and residents of Sikeston R-6 School District, sign this petition in an effort to show the school board our support in their collective effort to raise a voice of concern and opposition to the Common Core State Standards (CCSS) through a resolution. We encourage the board to use their rights to govern our schools according to the Missouri Statutes.We, the following, stand with the board in opposition to the implementation of the CCSS for the following reasons:

I. Whereas CCSSI is Education without Representation:

1. CCSSI was never approved by Congress.

3. CCSSI was never formally reviewed and approved by our local school board.

4. CCSSI is thus not a state-led initiative and should not be called such; it was not commissioned by any state legislature, initiated or written by any State School Boards, nor by any local school board. The standards are copyrighted to non-government, trade organizations.

5. The State Board of Education was not authorized by language in the sections of SB 380, the Outstanding Schools Act, to transfer its authority to develop state standards to a non-governmental organization that controls the number and content of the standards

6. Personnel of Americas Choice, owned by Pearson, spearheaded the development of the Standards and personnel from Achieve, Inc., having no K-12 teaching experience, were chief architects of the Standards, while Missouri faculty representative of higher education and active classroom teachers from English and Mathematics did not participate in the drafting of the Standards as required by Missouri Revised Statute Section 160.514.

II. Whereas CCSSI is Taxation without Representation:

7. CCSSI is very expensive. Missouri’s Race to the Top application estimated costs to be over $740 million. Individual school districts are committed to paying unknown costs associated with implementing Common Core assessment plans and purchase of materials, which tax payers and their elected representatives never had any say about and which has not been tested.

III. Whereas CCSSI Violates the Intent of 3 Federal Education Laws to prohibit a federal role in curriculum and assessment development:

a. Be it known that President Obama appropriated $4.35B in the American Recovery and Re-Investment Act to education if governors would adopt a national set of standards. See Missouri’s MOU here: http://www.moagainstcommoncore.com/documents (Nixon MOU for Common Core). These Standards were signed on to in 2009 before they were even written.

b. Be it known that the Secretary of Education, Arne Duncan, appropriated $360M, to help develop a national standardized testing consortia known as SBAC and PARCC. The SBAC test, sub-contracted under the direction of CTB/McGraw Hill, is scheduled to be issued in MO the spring of 2015. http://dese.mo.gov/divimprove/assess/documents/AssessmentFAQ.pdf

c. Be it known that CCSSI is driven by massive special interest groups and corporations such as the Gates and Pearson Foundations – who stand to make billions of dollars by the schools having to purchase computers and software for every student, the Pearson e-books, and the Pearson-developed tests.

IV. Whereas CCSSI, Under the ESEA Waiver, Calls for Extensive, Invasive Data Collection on Students and Teachers:

9. The contract between the SBAC and the USDoE states, “. . . the [SBAC] assessments systems developed with the RTTA grants will assess all students . . . will produce data (including student achievement data and student growth data) that can be used to inform determinations of individual principal and teacher effectiveness for purposes of evaluation (p. 2); . . .Comply with . . . working with the Department to develop a strategy to make student-level data that results from the assessment system available on an ongoing basis for research, including for prospective linking, . . .”

11. Missouri has no laws preventing the Department of Education from collecting data, according to the National Data Model of 400 data points, which would include non-education related information such as religion, voting history, biometric data, etc.

a. Be it known, federal intent to track per federal register: http://missourieducationwatchdog.com/common-core-and-the-federal-governments-announcement-of-intent-to-track-students/

12. The Federal Education Rights and Privacy Act (FERPA) was amended by the USDoE in Dec. 2011 to exceed the agency’s statutory authority and thus, allows invasive data collecting on both students and teachers without clear definitions or full control of what “educational interests” do with the data once they have them. http://crazycrawfish.wordpress.com/2013/12/26/ferpa-does-not-protect-student-privacy-and-never-did/

V. Whereas the CCSSI are untested, unproven, introduce age inappropriate learning and change the definition of “college and career ready”.

13. Five of twenty-seven members of the review committee refused to sign off on the Standards because they were lowered. Algebra is being postponed to eighth and ninth grades. Children will not be required to memorize math facts. The Geometry Method was tried in Russia and thrown out. Classical Literature is to be down-played to 30% and students will study informational texts.

VI. Whereas the CCSSI assessments (SBAC and PARCC) are high stakes assessments, tying as much as 50% of teacher’s evaluations to test results and using a new accreditation system, MSIP-5, to grade school districts based on assessment results.

Therefore, for all of the above-stated reasons, we the following signatories ask this school board to protest the implementation of CCSSI in our school district and let our teachers be free to use their own tried and true methods and that assessment data be managed as per MO Revised Statute 160.518