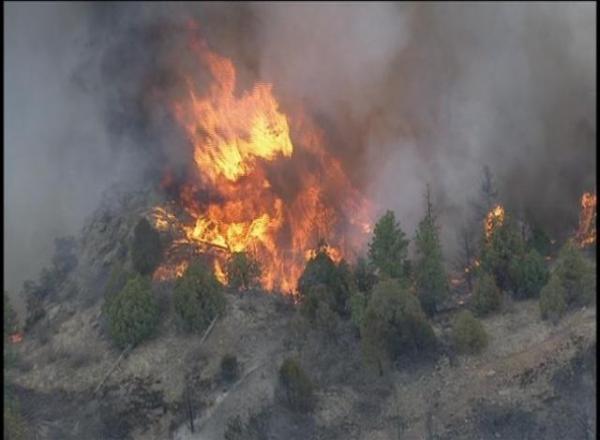 Demand Justice for Victims of the Lower North Fork Fire!

The Lower North Fork Fire victims obtained judgments against the state after two years of a long and difficult legal process. The state is now ducking those judgments. This is fundamentally wrong.

In March 2012, the Denver Water Board began a "prescribed burn" in the face of the driest Spring in state history. They did so after performing test burns five months earlier, in which the fire jumped the prescribed boundaries and threatened nearby homeowners. Nonetheless, on March 23, 2012, they set the forest on fire. Predictably, on March 26, 2012, the fire quickly jumped the burn area and incinerated approximately 1,400 acres of private land, killing three people, destroying numerous homes, and property of nearly 35 landowners. The state quickly claimed responsibility for causing the fire, and Democrats and Republicans alike went to the site, promising to right the wrongs caused against the victims of this unnecessary tragedy.

Two years passed, and the state took no action to aid the victims. The claimants were left with no option but to take their complaints to the state. In May 2012, the claimants worked with their state legislators to pass a bill permitting specific legislation to pay for the losses from this fire. Still, the Attorney General's office sat on their hands. The claimants then had to hire attorneys to help them have a voice to resolve their claims. The claimants proposed a system of individual trials in front of judges to set values to their individual claims. The state (through the AG's office) agreed that the judgments from these judges would be binding on the state.

Beginning in August 2013, the claimants were ordered to prepare complex and thorough claims packets containing information to present at their trials, which were argued in February and March 2014. The state presented evidence in support of their positions in these trials. The claimants did the same. The judges ruled and provided specific judgments with precise values for each claimants' losses. The parties agreed that the numbers were binding. The total of these judgments was approximately $16 million dollars, and included payment for the economic damages, non-economic damages (including the wrongful deaths of three neighbors), as well as payment for the remaining devastating losses.

To make it very clear, the claimants have already had a trial in this case. The Judges awarded values to each of the claimants. The award for the approximate 25 claimants totaled roughly $16mm and was binding on the state. The Jefferson County District Court will enter this total $16mm award as individual final judgments against the state. These judgments were issued with well explained findings of fact, in great detail.

On April 8, 2014,the Attorney General and the claims board reneged on the binding $16mm judgment, and arbitrarily gutted the amounts to be paid to the victims to $11mm. There was no negotiation that resulted in the AG’s reduction to the $11mm. It was arbitrary, done in executive session behind closed doors, did not permit public comment or questioning, and ignored the evidence, written findings of fact, and orders from the judges that are – again - binding on the state. The decision was made by three people in secret.

In short, the claims board totally disregarded the judgments awarded to the claimants by the Jefferson County trial court. The claimants are very disturbed that these judgments are being ignored. No other defendant could avoid a judgment like the state is doing in this case.

But, you can help fight for the citizens of Colorado. You can sign a petition that asks our legislature to honor the judgments given to each of the claimants in the Lower North Fork Fire. Two years ago, Republican and Democrat representatives alike assured the claimants that their losses would be repaid. Let's ask the legislature to stop the delay and bring this tragic saga to a close.

Here are other helpful links: