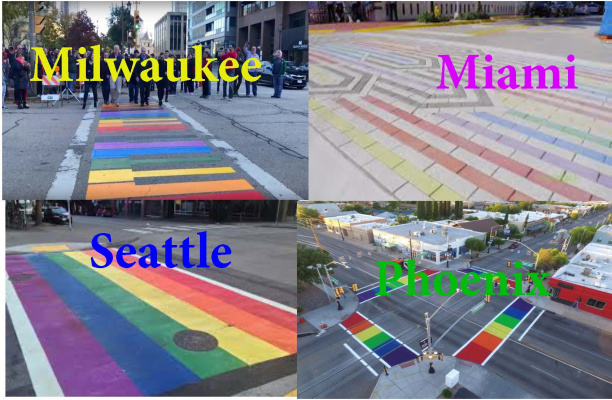 The City of Fresno has allocated funding for the painting crosswalks, one is located at the heart of the Tower District ( Wishon & Olive). The City is currently requesting art submissions through the Fresno Art Council with input from the Community at large.

The LGBTQ+ Community has been pitching a rainbow crosswalk at this location for over a decade and has received hard push back from local officials and city members. We currently have allies on the Fresno City Council that need to hear from us in the support of the LGBTQ+ friendly crosswalk.

Given the recent push back and inequitable treatment of our local LGBTQ+ Non-profits, it is time that the City of Fresno acknowledged an important part of the Fresno Community --- the LGBTQ+ population.

Our Tower District, Home to two of the largest LGBTQ+ Festivals in June and September, local LGBTQ+ Bars and Business owners, deserves a Rainbow of hope and perseverance.