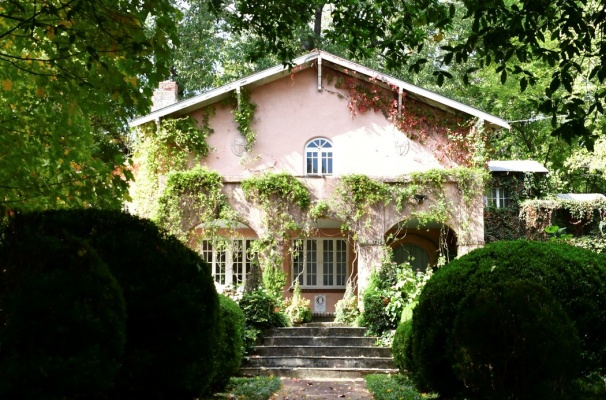 Hello, Homewood! The historic Pink House is in desperate need of repair, and the Mobleys are ready to fix it up to make it safe and give the property the care that it deserves. However, renovation efforts must be carried out with extreme care. Due to the fragile nature of the materials originally used to build the structure, attempting drastic changes to the footprint of the Pink House could cause further damage.

On June 3, 2021, Clayton and Rachel Mobley, Homewood residents and owners of Homewood’s historic Pink House, presented a proposal to the Board of Zoning Adjustments (BZA) in its public meeting regarding a plan to restore the Pink House and simultaneously build an addition that will make the home a viable single-family residence. The addition will create a desirable home with more space, function and modern comforts (such as central heating and air) while still preserving the historic aesthetic of the property as a whole.

In order to move forward with these plans, two variances needed to be approved by the BZA: a height variance and a pool variance. After a very informative and heartfelt proposal from both the Mobleys and supportive members of the Homewood community, the Mobleys were denied permission by the BZA in a 3-2 vote to move forward with said plans. While the BZA may still, on its own initiative, make a motion at the next meeting to reconsider our variance requests, after consultation with the City of Homewood and our legal counsel, the most realistic next step available to us is to file an appeal to Circuit Court. This is, in effect, a lawsuit with the City of Homewood.

While filing a lawsuit against the City of Homewood was not something the Mobleys ever envisioned would be part of the planning process when they began this journey, this action is one of the only options left that would allow them to move forward with the plans they’ve carefully made for the Pink House property. Accordingly, they have filed the appeal with the Circuit Court. It’s important for the community to know that the Mobleys harbor no ill will or resentment for the members of the BZA, City Council, or City Staff. They are simply very passionate about their dream to secure the Pink House’s future in a way that is also feasible for their family and the community.

To show your support for the Pink House and the Mobleys, please e-mail, text, call or write a letter to your Homewood City Council representative urging them to act to enable the Mobleys to move forward with the preservation of the Pink House. We appreciate you and your time towards these efforts.

Below is the suggested letter that can be sent as well as a list of city officials and their contact information:

TEMPLATE FOR LETTERS OF SUPPORT TO CITY OFFICIALS:

TO: Mayor McClusky and the Homewood City Council:

I am one of many Homewood residents who are in complete support of the Mobleys’ plans to restore and preserve the historic Homewood Pink House. I am urging you as our elected officials to listen to the devoted members of the Homewood community and act on behalf of your constituents who overwhelmingly support the Mobleys’ future plans.

We have an opportunity to show, as a community and as a city, that we value historic preservation and positive change. Please allow the Mobleys to invest in both their future and Homewood’s history by swiftly acting to allow their plans to proceed. As a Homewood resident, I would be grateful for the opportunity to discuss this with you further.