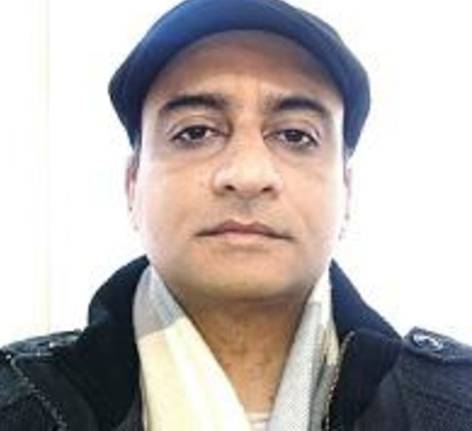 Support Journalist Amitt Bhatt's right to stay in the UK

653 people have signed this petition. Add your name now!

Please sign the petition and support journalist Amitt Bhatt's campaign to stay in the UK. Amitt is a member of the Manchester & Salford Branch of the National Union of Journalists and is seeking asylum on human rights grounds.

As an investigative journalist, Amitt also covered stories about corruption in India. Like many journalists in India, Amitt has been persecuted and threatened because of his work. One of his close colleagues was murdered,

Following the publication of his second book about Kashmir, he was arrested by the Indian police in early February 2011 and was tortured and beaten until his escape from detention in mid March 2011. After this, he went into hiding for three years, moving frequently around the country. In April 2014, he left India and claimed asylum in the UK. Amitt's wife Manjeet was also threatened because of his work and, after his disappearance in 2011, she came to the UK to seek safety.

If Amitt returns to India, he is likely to be detained, attacked or even murdered because of his investigative journalism. Please sign the petition. For more information, you can email mcrsalfordnuj@gmail.com