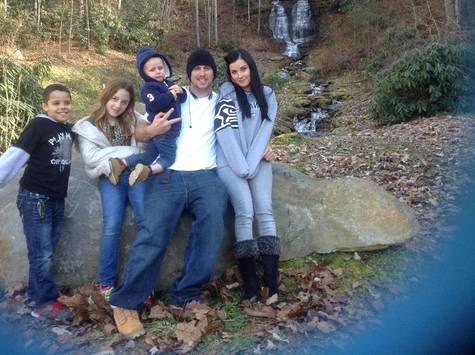 DUE DILIGENCE WHILE TRAVELING

Florida father facing up to 10 years in prison and a $50k bond for an honest mistake while traveling on vacation with his ex wife and 2 of their small children.

A Florida man, James Gotti, traveling along HWY 78, in Hunterdon County New Jersey, near mile marker 4 was pulled over by trooper English.

When the trooper asked James for his drivers for license, James immediately told the officer, that he had a Florida concealed weapons permit, and that he was carrying his legal personal firearms; One on his person and the other was in a side compartment of the vehicle.

The stop ended with James in jail on a $50k bond and facing a possible 10 yr prison term.

James believes he was profiled as the trooper said to his wife that the Florida temp tag didn't register, however the temp tag was legal and was registered.

He bids repairs on these homes and he has run into violence in some empty homes.

James was just passing threw Jersey to take his ex wife and kids to New York and New Hampshire to look at properties. While James was passing through, a friend of his asked him to photo a house he bought in Irvington NJ.

James was subjected to violent abuse from law enforcement officers, after honestly disclosing his possession of legal firearms and cooperating. James made the honest mistake of traveling through NJ with his firearms, without knowledge of their conceal-carry policies.

Please help him to get 1000 signatures to help bring attention to this horrible injustice, which is becoming a regular occurrence, and please help him get a pardon as well.

Nobody should go to prison over an honest mistake. James has spent $15k to bond and hire an attorney. Please help him to be the last person that has to go through this.

Please ask governor Christie to pardon James and ask your state representatives to take legislative measure to protect legal gun owners who have made the honest mistake of carrying their legal firearm through another state.