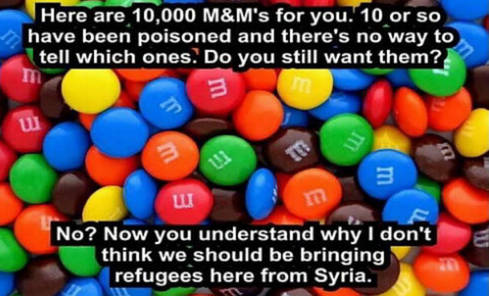 Hawaii is not a sanctuary state. Contrary to Senator Hirono's statements, entry into this country is a privilege, not a right. And our AG is shamefully suing the President over the moratorium. I'm sure many of Hawaii's politicians are siding with the left on this, so we the people need to voice OUR position on this very important issue.

THIS IS NOT A MUSLIM BAN. It is a moratorium on immigration from countries where terrorism is a problem and vetting is problematic. The list of countries affected was established by the Obama administration in 2015 and is now probably out of date and in need of additional countries since the problem continues to metastasize.

The fact that they are all Muslim majority countries should not be a reason to rename it a Muslim ban. It should be a wake-up call to those who can't say the words "radical Islamic terrorism". THAT's what is being targeted. It's real and is an actual clear and present danger. ISIS has said they intend to infiltrate the refugee stream.

Sign this petition to voice your support for the moratorium.