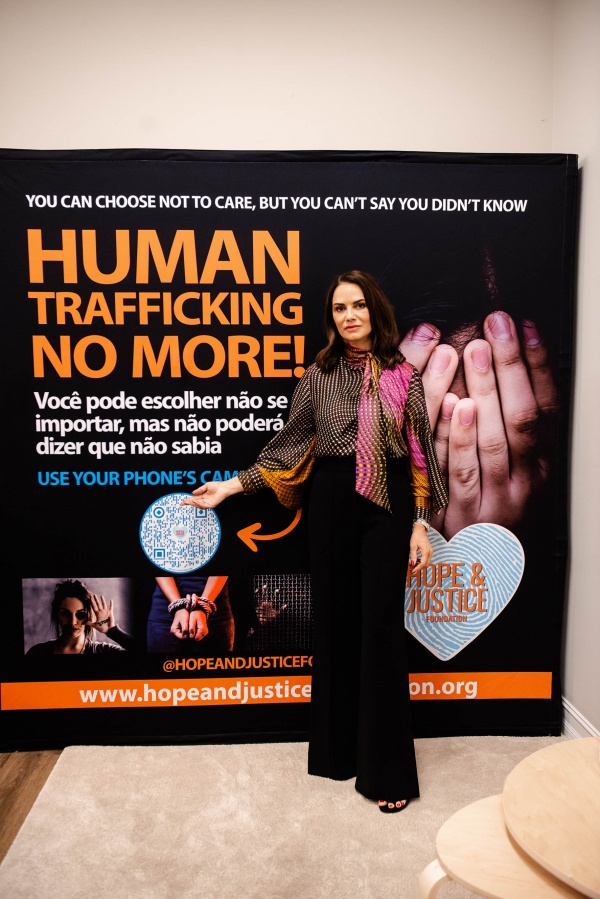 The Hope & Justice Foundation is a non-profit organization created to raise awareness, prevent and combat human trafficking, domestic violence, child sexual abuse and exploitation. On September 7, 2019, it began its activities as a movement and then incorporated and effective under the laws of the State of Florida on April 29, 2020. It has its support network that provides its knowledge and services free of charge to victims who seek support from the Foundation. Medical clinics, doctors, psychologists, lawyers, social workers, journalists, police, security specialists, religious leaders and businesses. It has an excellent multidisciplinary team of volunteers at its headquarters. The organization's goals are achieved through partnerships with the local community. Some of the projects include the creation of educational centers for training aimed at preventing and combating human trafficking, domestic violence and child sexual abuse and exploitation. Training multiplier agents for prevention, developing strategies and cooperative actions with judicial and police authorities in the fight against human trafficking, planning and raising awareness through educational actions. The Foundation believes that education, information and training are efficient and effective tools to significantly reduce the tragic and deplorable number of child sexual abuse and exploitation and human trafficking and domestic violence. The Hope and Justice Foundation is part of the Central Florida Human Traffic Task Force, participating in important and significant decisions by the central florida, regarding the fight against human trafficking.

The Hope & Justice Foundation was started through a movement driven by the Founder and current President Anna Alves-Lazaro. A Brazilian lawyer, naturalized American, Social Communicator, Public Relations, Speaker, Writer, and Activist against Human Trafficking, motivated by an altruistic conscience and an inherent social responsibility. In 2014, together with a member of her family, she went through a challenging situation of abuse, violence, where after suffering an attempted murder, that she almost had her loved one trafficked. Years after, feeling prepared, she began preparing to develop lectures, training, and practical guidance on preventing and combating human trafficking and child sexual abuse and exploitation and offering them free of charge to the community. She currently dedicates herself to educational projects such as training, classes, book production, writing articles for several newspapers and magazines, always bringing awareness, alertness, preparation, and prevention against these heinous crimes. She dedicates her life to spread awareness so she can help prevent new victims of human trafficking. She is currently leading important projects to raise awareness and support human trafficking victims, child sexual abuse and exploitation, and domestic violence. A motivated person with a worthy purpose. With positive energy, determination, and faith in God, who believes that with these things, we will surely achieve our goals.

ARARAT SAFE HARBOR - Far beyond a standard shelter, Ararat Safe Harbor is a project with a new purpose to promote safety and protection for those who have already suffered so much.

Sign this petition requesting the support of the entire community, government authorities, law enforcement, private and public organizations for the Hope & Justice Foundation, which in 2 years has assisted more than 200 victims and survivors of human trafficking and domestic violence in Florida free of charge.