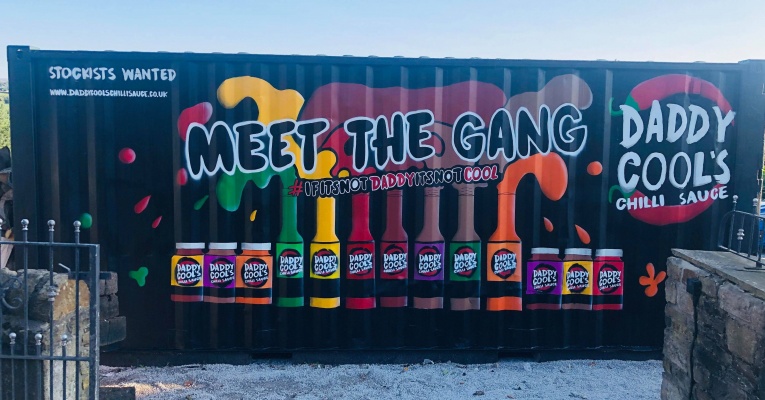 Support for Daddy Cool and his business

Do you want to support a local small business and his fight against peak.district.gov.uk who have decided his storage container, on his own land, does not meet planning approval? Steve Cooley aka Daddy Cool is an artisan food producer specialising in Chili sauces. He has built a business from nothing based in Tintwistle and has won many "Great Taste awards". He has worked throughout the pandemic with no government support and has continued to grow his business.

He needed a storage container to store bottles for his produce. Originally it was white but he painted it green so that it did not stand out. He added advertising on the side of the container which has successfully attracted many customers. This also helped Key Workers to find his business as he gave free produce to them throughout the pandemic to show his support and gratitude to them.

However, peak.district.gov.uk have now decided that the container does not meet planning regulations (presumably someone reported this to them) and he may be forced to remove the container. If he had to do this, he simply could not continue to operate and he could lose his business. His business has allowed him to provide for his wife and 3 children and he has done this despite very serious health issues.

If you think he should be allowed to keep the container and his business please show your support by signing the petition and sharing it with friends and social media groups. This will be provided to peak.district.gov.uk to show the local community support Steve and do not have an issue with his shipping container.

Please note - if you are asked to donate when signing this petition, the donation is not for Daddy Cool. This is a donation for the people who run the site which which you access the petition through i.e. a donation for them to help with the running / funding of the site.