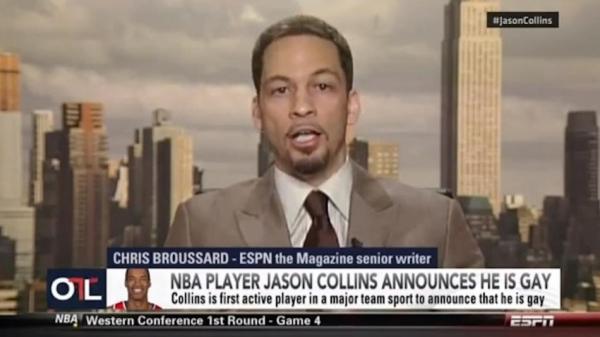 ESPN's senior writer Chris Broussard's comments were not meant to hurt Jason Collins nor were they intended to bring harm to the gay community. His comments were an expression of his views based on his understanding of his faith. Mr. Broussard's comments may or may not reflect every Christian's views on homosexuality but he should be allowed to say them without repercussion. It would be a troubling comment to everyone in this country and folks around the world privy to these events if ESPN punishes Mr. Broussard. This would then mean that in a nation and a world filled with diverse views and opinions that a person is not allowed to freely and harmlessly express them in public discourse. We sign this petition in support of Chris Broussard's right to express his views without penalty.