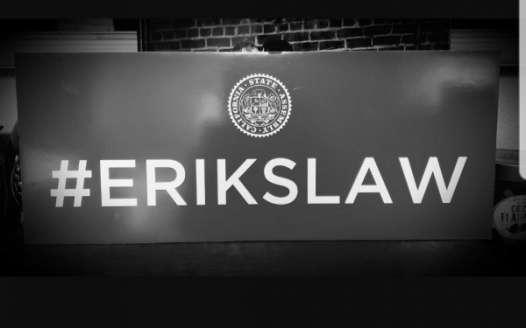 730 people have signed this petition. Add your name now!

AB665, Erik's Law, was named after slain teen, Erik Ingebretsen, and honors all those who've tragically lost their lives at the hands of juvenile murderers. Erik's Law is a bipartisan proposal that seeks to amend portions of the California Penal Code which pertain to juvenile parole and resentencing hearings. It seeks to add fair balance and distinguishable language back into our justice system. It will not only benefit those convicted as juveniles who are deserving of an opportunity for a second chance, but it will protect and uphold public safety from those deemed permanently incorrigible and irreparably corrupt, something that California's justice system currently does not do. Erik's Law seeks to limit the amount of resentencing hearings and Parole Board hearings being granted to heinous murderers sentenced to life without the possibility for parole.

Please, sign this petition to show your support. State the county you're in. It will be presented to the California Assembly Public Safety Committee at a hearing on January 14th at 9 am. All are welcome to attend to voice their support for Erik's Law.

The Ingebretsen family would like to thank their community of Colusa County, their family and friends, and those who support this move in the right direction. Help us honor victims' rights and maintain justice for families who've fallen victim to unimaginable crimes.