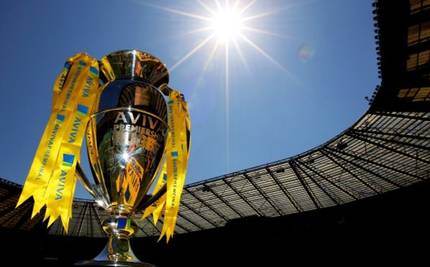 The latest statement emanating from Premiership Rugby that after months of so called "Salary Cap Investigation" they have now come to "private sanctions" with the clubs involved has left many rugby supporters deeply offended by and disillusioned with the domestic English game.

For years now it has been very difficult for English clubs to compete in European competition due to the high salaries payable elsewhere meaning that certain teams have been able to "buy in success" by engaging the worlds best players.

Now it seems that certain teams in the premiership, or perhaps more accurately their owners, are set on bullying Premiership Rugby into allowing them to cheat their way into being successful in a similar way.

The difficulties English teams have had in competing in Europe are now being experienced in the English Premiership by all bar the "Cheating Few".

The game we all love is now in deep crisis. If these "bully teams" and their owners (we all know who they are) are allowed to continue to flout the rules that all of the teams have signed up to our game will die as a spectacle.

By signing this petition you are sending a message to Premiership Rugby that unless they put a stop to the salary cap cheats, the support that we, as supporters, provide to our clubs and to the league will be put in serious jeapordy. Without the supporters the game and the league would be nothing. Ultimately we the supporters have the power, it's time that those running the teams and the league understand that without us they would have no league.

So this petition is to the management of Premiership Rugby......

We, the supporters of the English Premiership Rugby Teams demand that Premiership Rugby rigorously enforce the salary cap rules that they have created for the league which are there to ensure a fair competition. We also ask them to make public the "private sanctions" that have been imposed on the affected clubs and to make a clear statement that any future infringements by these clubs (or any other clubs) will lead to a points deduction penalty, not simply fines that can easily be absorbed by rich owners.