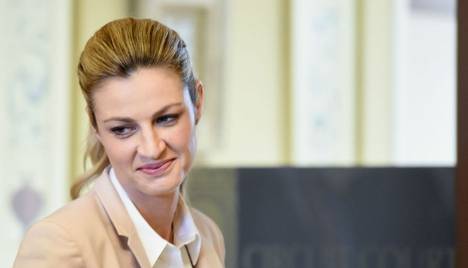 ESPN employee and public figure Erin Andrews suffered a brutal encounter with violation of privacy on several different occasions when the Marriott of Nashville hotel gave him her room number and even placed her in the room next to him. Her assailant, Michael David Barrett was sentenced to 2.5 years in prison after admitting to stalking Andrews in three different cities, altering peepholes in hotel rooms and secretly recording nude videos.

As an employee of ESPN, Andrews has testified that ESPN made her talk about this publicly as her admission ticket to returning to her position on air. While on her cross-examination, one of Marriott’s attorneys, Marc Dedman, suggested that Michael David Barrett’s recordings of her undressing didn’t harm her career.

Andrews is being accused of making money off of interviews that ESPN forced to her to take and make public statements on. Andrews is now being persecuted for the crimes against her and is suing for $75 million. The Marriott claims no fault and wants to see to it that Andrews does not get a dime from them. As citizens, our voices online can be ignored but Marriott hotels may take notice of this outrageous act of complacency and lack of accountability when the public stops soliciting their services for lodging. Please sign and back Erin Andrews in her pursuit of justice. If the Marriott claims Andrews will not see another dime, neither will they. #supportErinAndrews