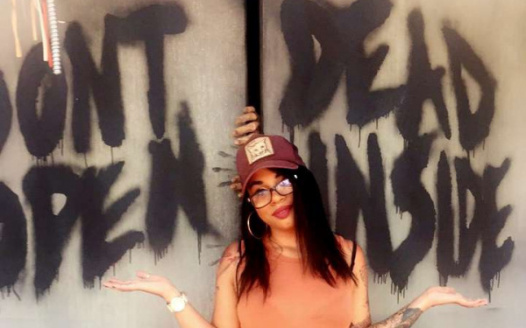 My name is Danae and I'm competing to be named the Ultimate Walking Dead fan! I truly believe that I am the biggest fan of this amazing series for so many reasons, but the biggest of which is that the show truly saved my life. I honestly don't know if I would be here without it! In my most difficult of times, I've always been able to turn to the show for an escape or guidance; it's brought me life long friends whom I'm able to lean on in times of need. The show itself, the cast and it's creators have created light in my life where there was darkness.

I believe I am the Ultimate TWD Fan because my life revolves around the show! I have multiple tattoos dedicated to the show and it's characters (including a large portrait of Rick Grimes), I travel across the country to attend conventions and the filming locations, I'm very active in the fandom and I talk about the series NON-STOP!

This petition is one part of a larger video entry and your signature could greatly help my chances of winning! This petition will be sent to the judges at AMC and included in a video entry. Please consider signing as a show in solidarity for naming me, Danae Vance, the winner of the Ultimate Walking Dead Fan competition!