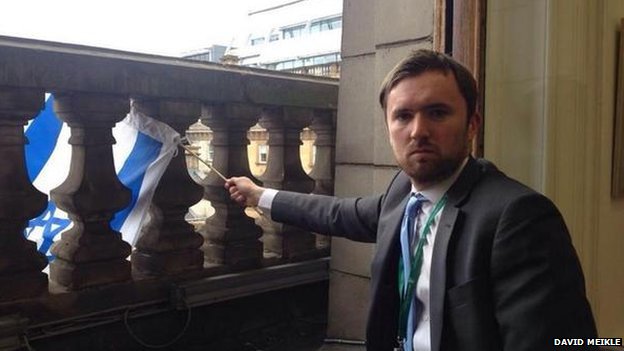 Support Councillor David Meikle - Do not Resign from Glasgow Council

Jewish communities reacted angrily to the flying of the Palestinian flag saying it would stir up tensions.

Mr Meikle tweeted a picture of himself with the Israeli flag but his Twitter account has since been deleted.

Glasgow City Council said the flying of the Palestinian flag was to show solidarity with those affected by the conflict in Gaza.

Mr Meikle said the decision to fly the flag was taken without consulting council members and would do nothing to stop suffering on both sides of the conflict.

He is now being asked to resign his post as Councillor, simply for flying the Israeli flag.

Show your support for David Meikle by signing our petition.