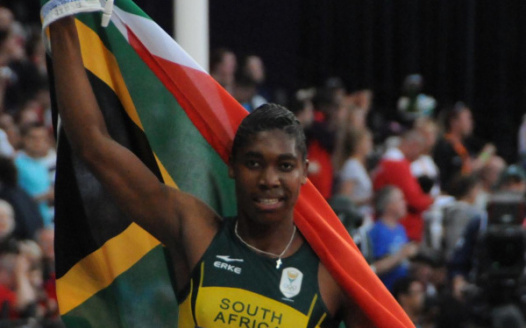 Be in support of the team of 10 experts which will plead Caster Semenya's case at the Court for Arbitration of Sport (CAS) as she appeals an IAAF ruling that would see her forced to lower her natural testosterone levels by affirming your support by signing this online petition.

By signing this petition, you are saying away with gender testing in sport and away with all forms of female discrimination in sport.

By signing this petition, you remain steadfast in your support of Ms Semenya and believe that she and other women affected by the regulations should be permitted to compete in the female category without discrimination and be celebrated for their natural talents just like all other athletes with genetic variations.

By signing this petition, you are saying, ‘The IAAF’s regulations do not empower anyone. Rather, they represent yet another flawed and hurtful attempt to police the sex of female athletes’.

By signing this petition, you support "Ms Semenya’s courage and perseverance in her fight to run free as this serves as an inspiration to young athletes in South Africa and around the globe.

Be part of this online petition in support of Caster Semenya. Sign to oppose gender testing in sport and discrimination against females.