Support the DREAM Act of 2017 & Oppose the RAISE Act 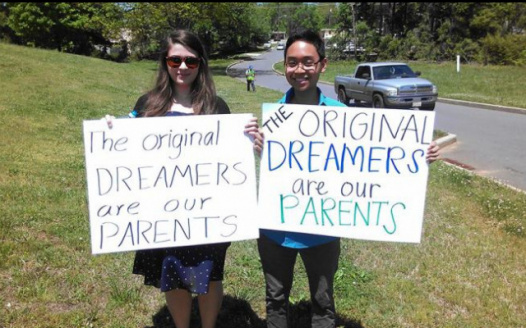 I urge Congress to pass the bipartisan DREAM Act of 2017 to protect undocumented youth who were brought to this country as children. We also urge the Trump administration to preserve the Deferred Action for Childhood Arrivals (DACA) program until a legislative solution can be achieved. These young people, who were raised in America, know no other home. They deserve the opportunity to continue their education, work and raise their families without fear of deportation.

I urge Congress to reject the RAISE Act, which would divide families and weaken America’s ability to respond to those in crisis. This discriminatory bill is in opposition to the values that we hold as Americans.

This petition is created by the Refugee Task Force of Carolina Peace Resource Center.