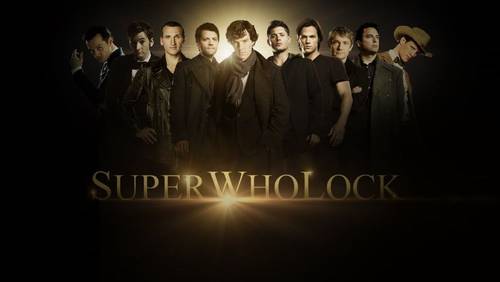 A talk show episode where the members of the casts of supernatural, the avengers, harry potter, doctor who and Sherlock appear. It is a logistical nightmare, but I feel like it would be worth it.

The ultimate dream is for there to be an episode of a talk show where the guest stars are:

and the music act should be Louden Swain ft. Jason Manns and Richard Speight Jr.

Like I said logistical nightmare. Will it ever happen? Most probably not.

But I would like to get this idea known.