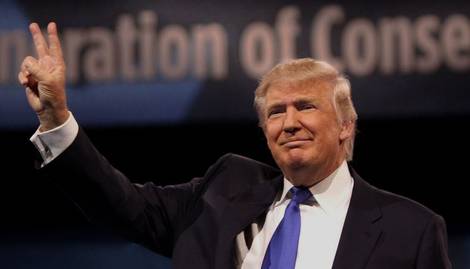 On March 11, 2016, MoveOn.org, by their own admission, organized protests against Trump Rally attendees in Chicago, IL which in turn resulted in Donald Trump canceling the event preventing him as well as all attendees from exercising the First Amendment right of free speech.

Additionally, as some protesters did not follow the "peaceably" portion of said amendment, they have crossed the line and are accused of being Domestic Terrorists.

Additionally, these alleged terrorists prevented rally attendees from leaving the UIC property parking garage for over an hour, therein trapping hundreds of people like hostages. Several laws were broken including obstructing traffic, violence against law enforcement and rally attendees, intimidation, harassment, and of course theft of exercise of the First Amendment right of all attendees at the rally.

MoveOn.org, as the admitted organizer and supporter of said attacks should be held legally, monetarily, and criminally liable for damages. Additionally, they are actively fundraising to further promote these same illegal activities at future rallies held by Donald Trump against him and his supporters, an act of and declaration of Civil War.

We intend to form a Class Action Lawsuit against MoveOn.org, its employees, its suppliers, and its supporters and will seek compensation for each and every rally attendee, not only at the Chicago attack, but at any attack against Donald Trump or his supporters in violation of the law at any other rally or event, whether organized or not organized, from March 11, 2016 forward.

The awakening caused by the Chicago Domestic Terrorist Attack has created an awakening like no other.

Please sign this petition to support enactment of a Class Action Lawsuit as explained above. THIS COSTS YOU NOTHING and OBLIGATES YOU TO NOTHING.

Please share this petition aggressively (no pun intended toward violence) so that we can get as many signatures as possible!

We all realize that Class Action Lawsuits make the attorneys come out great and the little people come out with "peanuts" as Mr. Trump would say, and we will fight for large settlements to everyone, but any way you slice it, we will work very hard to BANKRUPT the organization and all who support it.

*** This petition has not been created by Donald J. Trump directly or indirectly. He, like you, like we, the victims, will all be members of the Class Action lawsuit, by default, with option to opt-out. ***