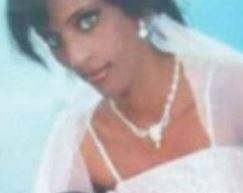 Sign My Petition. Let's see if we can make a difference and save this young woman!

Today, a judge in Khartoum sentenced a pregnant 27 year old, Mariam Yahya Ibrahim, to death for the crime of "apostasy," and to 100 lashings for "adultery." These convictions and harsh sentences fly in the face of Sudanese and international law, and point to Sudan's continuing discrimination against religious minorities and women's rights.

Heavily pregnant and the mother of a 2 year old, Mariam has been in prison, with her young son, for months. She was initially accused of adultery because she is married to a non-Muslim of South Sudanese origin - a marriage the court did not recognize. The court added the apostasy charge after Mariam told the court she is Christian, according to reports by rights groups and lawyers involved in the case.

Both convictions violate the Sudanese constitution and international law. Sudan's bill of rights protects freedom of religion, and Sudan has ratified numerous African and international treaties that protect privacy and absolutely prohibit corporal punishment and the use of the death penalty in these contexts.

The apostasy charge is especially shocking. Under article 126 of Sudan's criminal code, a Muslim who renounces Islam is guilty of apostasy, punishable by death unless he or she recants within three days. Mariam today told the court she is Christian and not guilty.

While this is not the first time authorities have brought apostasy charges in recent years, the last known execution was in 1985, when Mahmoud Mohammed Taha, a renowned Islamist reformer and leader of the Republican Brothers, was executed for his political and religious beliefs.

The adultery charge, far more commonplace, is a sober reminder of the discrimination Sudanese women and girls face on a near-daily basis. Authorities routinely impose harsh corporal punishments - including lashing and even stoning- disproportionately on women and girls for private, personal decisions that should never be criminalized in the first place. These "crimes" include choices relating to personal relationships and sexuality, and also dress code choices, like wearing trousers.

This case projects an image of Sudan whose authorities practice draconian intolerance, but belies the diversity and tolerance that actually exists within Sudanese society itself.

The government should promptly denounce these unconstitutional penalties and move to repeal adultery and apostasy charges from the criminal code. The prosecution and courts should ensure these sentences are quashed on appeal, and instruct that Mariam is released from prison.