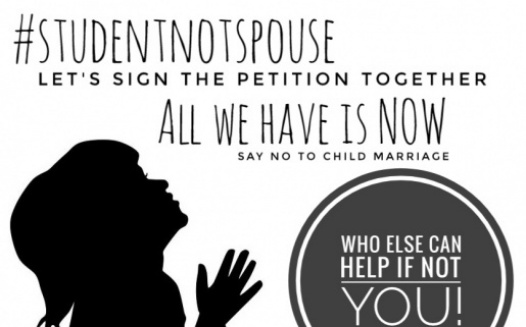 Child Marriage is one of the biggest human violations in the world. In most of the countries the minimum legal age for the child marriage is 18 years. Getting married before reaching at this minimum legal age is not only illegal but also against the human rights. Mostly, girls become the major victims of child marriage as people don't wish to educate them or give them a better future. Boys become victims too but not as much as girls in most countries.“Why are we procrastinating in protecting a child's future?

“This issue should be a concern for our government and society.”

Therefore, H.O.P.E Foundation, a group of students from SMK Seri Saujana came up with a mission and agenda to bring a solution to this problem. Our main concern is to raise awareness among the students and society to bring up their rights in this issue.

Our petition then will be sent to Malaysia Parliament via Woman Aid Organization of Malaysia for further processes and to be discussed in the Parliament later.

We hope that all of you guys can bring up a change by signing this petition.