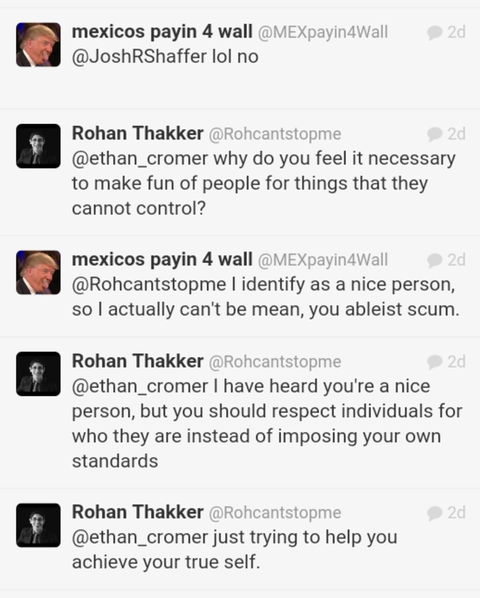 A student at millard north high school was suspended for blatantly disrespecting transgender people on a social media site. He was accosted to stop bullying and be respectful and in response the administration suspended him. Now he is claiming that his first amendment rights have been violated and he is being oppressed by his school, however they're disciplining him for trying to oppress others. Sign my petition today and speak out for individuality as a human right! Valid opinions are not centered around the differences in others or their personality traits, and definitely not spawned by a transphobic fear. End this hareassment from being justified. Social justice should apply to everyone

Visit his twitter today to see exactly what he's about. https://mobile.twitter.com/MEXpayin4Wall/tweets