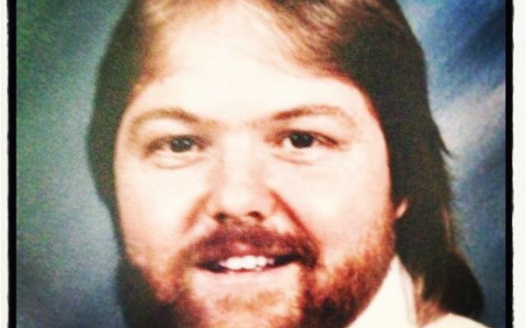 CIRCUMSTANCES OF THE MURDER

Mike was murdered by his wife, Melissa Grasa and her boyfriend, Ronald Branham, on December 3, 1993. He was murdered while he slept in his own home. Melissa had hidden her boyfriend in the basement for several hours so he could be there when Mike came home from work. Mike was going out of town the next morning for business and would be gone for three days. He went upstairs to lie down about 10:00 pm. Melissa went downstairs a short time later to tell Ron that she thought Mike was asleep so he could come up and bring the weapon, a crossbow, that she given him money to buy a few days earlier. He shot Mike in his sleep while she made the children stay in a room not 10 feet down the hall from where their father was being murdered. After Ron shot Mike, he came to Melissa and told her that he didn't think that he was dead. She told him to go back and shoot him again. She then waited until 6:00 am to call 911 and claim she just found his body, keeping the kids in the house all night. Both killers were convicted (hers being the fastest guilty verdict in county history) and sentenced to 20 years to life. They will be eligible for parole hearings after (good time credits) 13 years. Both the lead detective on the case and the prosecuting attorney said it was the coldest, most evil murder they had ever seen. At trial, neither person showed any remorse.

Mike was a very warm person. He loved people and he had a smile that would light up any room. He was an avid fisherman and golfer and he loved to go on camping trips and vacations. He also was a big football fan and liked to play in all sports which he did when he was in school. He worked for several years to open his own business, which he did in 1989. He spent many days working 12 to 14 hours to build it into a successful, profitable business. He wanted something really nice to be able to leave for the kids when he retired. He couldn't wait for the three children to get older so he could do things with them. Especially his son Nathan, who was the oldest. When he was murdered, Nathan was eight, Amanda was six, and Ashlie was four. The photo was taken shortly before his death. He had just built Nathan a custom hot rod go-cart to give to him that Christmas. He couldn't wait for Christmas to give it to him. Mike had a sister Michelle, two years younger than himself and he truly was her "big brother". He had two nieces and a nephew and they all thought he was great. He always had time for kids. Maybe because he was like a big kid himself. He was a very special person and considered everyone he met a friend. If someone needed a helping hand, he was always first in line. Even years after his death, a lot of young people go to the cemetery and leave notes and gifts for their "special friend".

This was put on the monument at his grave:

Just think of his as living
in the hearts of those he touched.
For nothing loved is ever lost
And he was loved so much.