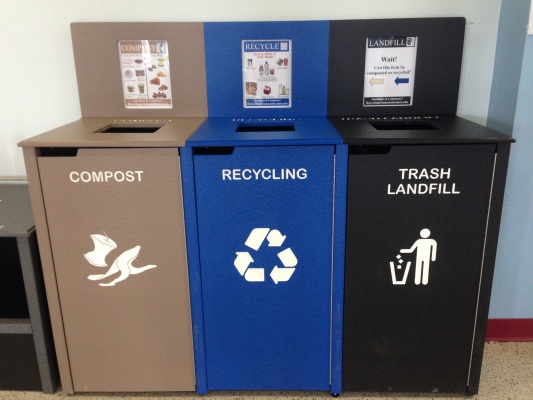 Strengthening the 3 Bin Recycling System for our SFUSD Schools

We would like to create a 3 bin system(compost, recycle, and landfill) in all schools and classrooms by May 2023.

One issue I’ve experienced in school is when we did the trash audit here at O’C, we saw how the trash wasn’t where it belonged. For example, things that are recyclable were disposed of in landfill or compost bins. I think a stricter 3 bin system (compost, recycle, and landfill) in schools is an important issue to address because it would benefit compost by reducing methane emissions from landfills, and it would benefit recycling because it would Prevent pollution by reducing the need to collect new raw materials.

Additionally, in the documentary “There's Something in the Water,” the filmmakers show that mixed trash dumps led to improper disposal. When the dump was burned it released toxic chemicals which caused community members cancer. This shows that having a 3 bin system is an important issue because if we do not address it our air will keep getting polluted by the time the trash gets burned. And everyone will get affected by that later on.