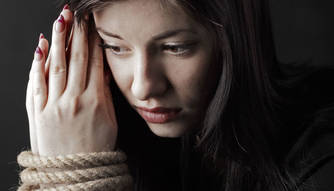 8423 people have signed this petition. Add your name now!

Human Trafficking is real and it is infiltrating all parts of our communities. It is often quite different than the stereotypical examples you’ve heard about for years (stereotypes like: Hispanic immigrants smuggled into the country under false pretenses and forced to work in some cantina/brothel, runaway girls from broken homes picked up off the streets and trapped into a life of prostitution, Asian girls smuggled to the U.S. and forced into the back rooms of nail salons, etc).

Human Trafficking impacted my family in May of 2016. We aggressively fought back, hired professional help, and (by the grace of God) found and recovered our daughter. Most people who find themselves in the same situation are not so fortunate.

What I Have Learned

What set of circumstances could possibly lead a prosecutor and a judge to believe that justice has been served when they drop the charges against a pimp, with a long criminal record, who admitted he was guilty of prostituting a minor? It is time to fight back!

The cornerstones of my fight against HT

The stated objectives above are achievable

The state of Louisiana passed SB 468 (96 yeas to 0 nays) earlier this year. Senator Ronnie Johns, R-Lake Charles, authored the bill. It was signed into law by Democratic Governor John Edwards and became effective 8-1-16. The law raises the age requirement in Louisiana for strippers to 21. The catalyst for passing the bill was public outrage when a 19 year-old girl (working as a stripper in New Orleans) was found dead after being beaten and dumped along I-10 by her pimp.

The next Texas session, beginning in January 2017, is the perfect time to introduce legislation that better protects our youth from the serious life-altering and life-threatening risks associated with sexually oriented businesses and commercial sex acts. Let's not wait for public outrage over a similar tragic teenage death here in Texas.

If they were successful in Louisiana, I know we can do it in Texas.

I am currently seeking counsel to craft the careful wording that will be necessary for the law change to hold up in court, but the preliminary feedback confirms the expanded guardianship goal can also be achieved.

Since May I have met many times with Senators, Representatives, Governor Abbott’s and Attorney General Paxton’s staff, and Anti-HT organizations. So far the support I’ve received has been unanimous. Senator Lois Kolkhorst, R-Brenham, sent a summary of what is outlined above to Texas Legislative Council for review. She committed to submit the bill in the next session. The legislation may wind up as an amendment to strengthen the current HB 10 (an anti-HT bill passed in 2015). Representative Rick Miller, R-Sugar Land, will join as a co-sponsor in the House. I am confident other members of the House and Senate will join the list of sponsors.

However, in recent weeks a few supporters started hedging. They want to be sure I understand how hard it will be to achieve my goals. They said we can definitely get some additional funding and launch a public awareness campaign, but the other changes will be more difficult.

One of the reasons for their hedging is because they expect to see strong opposition from the Sexually Oriented Business owners who make a significant portion of their profit by exploiting 18-20 year-old girls. The SOBs are quietly effective at working the political system because they secure vocal opposition from multiple angles. I was warned that opposition will arise from places I would never expect it.

I have been warned. I expect opposition. I say bring it on! I want the legislators to know that we elected them to accomplish the “hard” objectives. Let’s get it on the table and tally the vote to see where our elected officials stand. Do they stand with Texans protecting our 18-20 year-old family members? Or do they stand with the SOBs who want to continue exploiting our children? I am confident we can win by a landslide.

What you can do to join the fight

No database is being created and you will not be contacted by anyone or solicited as a result of providing your name and address.