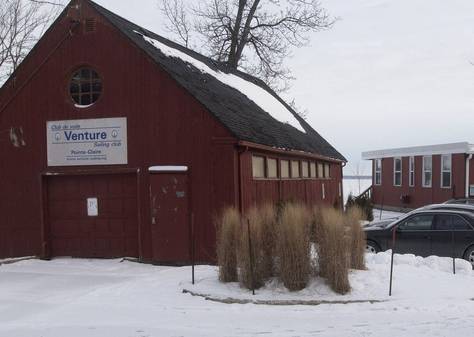 Please come to the city council meeting, March 1st at 7.30pm to voice your concerns.

We, the undersigned, are members of the public who live on the immediate outskirts of the Venture Park or benefit (or have benefited) from the Venture's sailing club services. Due to its UNIQUE picturesque views over the lake embellished by the sail boats in the bay, we value the peace and quietude of the Venture Park.

We believe that the demolition of the sailing club’s equipment shed, forcing a majority of its 250 members to relocate their sail boats against their will, will weaken the bay and the Venture park attractiveness. We also, believe that the city’s project to building a new recreation and family activity area in the Venture Park will diminish the park’s appeal and bring cacophony to this very quiet and peaceful neighbourhood.

According to Montréal en statistiques and its division of urban planning (2014), the aging index is below the break-even point in the city of Pointe-Claire, as it stands at 0.73 (a ratio under the value 1, indicates that the population is aging). In 2014, 21% of the city’s population was over 65 years old (approximately 1 in 4 people) and it is predicted to increase over the next years. There are currently 7 family oriented parks in Pointe-Claire with multiple games, asphalt areas, playgrounds and apparatus areas. We believe that not all parks need to be family oriented, and that the city should consider adapting or preserving some of its public places to the significantly growing older community.

According to the Service de la mise en valeur du territoire et du patrimoine of the city of Montreal (2014), the Venture Park is located on an archaeological site, and its surrounding area, in a sector with interesting patrimonial values. The Lakeshore road itself, is said to be Pointe-Claire’s backbone with an important patrimonial value. According the city of Montreal (2014), "urban heritage is not limited to a collection of individual buildings of interest. It is also the impression that bygone eras have left on the city in the form of streets, landscapes, natural features, archeological traces and breathtaking views.". It is obvious to us, that the city’s project goes against its own convictions to preserve the Lakeshore road attractive features,its UNIQUE land marks and spectacular views.

We demand a moratorium on the project.

We demand consultation with taxpayers of the neighbouring properties as this is a MAJOR change of usage.

We demand that the City of Pointe-Claire helps to renovate the Venture Sailing Club hangar rather than demolishing it, and help the club survive.

We encourage you to call your councilman, and the mayor’s office to manifest your opposition.

Thank you for signing this petition.