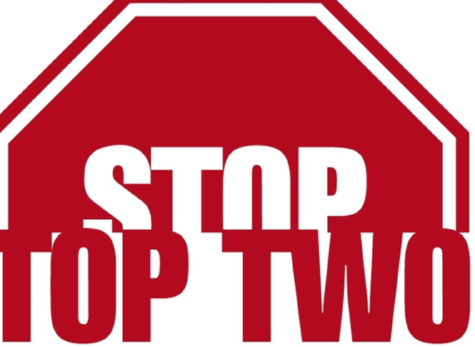 Prior to its enactment on June 8, 2010, the Legislature of California took it on its own to place Proposition 14, the Top Two Candidate Open Primary Act, on the ballot. The Act allows only the top two candidates with the most votes to move on to the General election. The key advantage, according its proponents, was the claim that ‘more moderate’ candidates would be elected to office.

There are two ways to initiate a measure for placement on the ballot, by the Legislature or by the people. Opponents of Prop 14 at the time of its consideration and today believe that the Legislature initiated Prop 14 to facilitate its own interests, that is, to retain and elect ‘more liberal’ candidates to the State Assembly and Congressional offices. (The Top Two Act does not pertain to other elected offices.)

Because the Act changed the way in which the election process works, it, basically, denies choice in the selection of candidates by voters of other Parties, limiting voter choice of candidates in the General election by no more than two Parties. By way of example, in the 2016 election, the top two vote-getters in the U.S. Senate race were members of the same Party - hardly representative government.

Many false narratives and misinformation was floated by proponents and their consultants and picked up and widely circulated by the media. No data was available to support the claims of the proponents as Prop 14 moved through the timeframe for consideration leading up to the Primary election. At the time of the vote, many Republicans, No Party Preference (NPP), and members of other Parties stated that they were confused about Prop 14 on Election Day 2010.

Today, there is empirical data, based on the election results of 2012, 2014, and 2016, that patently refutes claims made by the proponents. In each of these elections, the vast majority of candidates retained in office and elected to office were ‘more liberal.’ This is likely to continue indefinitely unless the ‘Top Two’ Act is repealed. Proponents of the repeal of the ‘Top Two Candidate Open Primary Act’ desire to replace the Act with the law in effect prior to adoption of Proposition 14 where all Parties are represented in the General election.

The minimum number of signatures on petitions to support the repeal is 585,407; estimated cost: $4M to $6M, depending on resistance to the repeal by the same individuals, consultants, and their financial backers in 2010.

This movement requires the immediate and dedicated help and resources of all open-minded registered voters, in particular those shut out of a spot on the General election ballot by the effects of the Top Two system.

Because of the massive number of signatures needed to place the repeal on the 2018 ballot, County Coordinators and hundreds of volunteers in each County are needed to circulate petitions when the petition circulation timeframe begins. Each Coordinator will be notified at that time. To sign up to become a County Coordinator or to volunteer, go to stoptop2.com.

To volunteer to circulate petitions and make a contribution(s) to place the repeal of the Top Two Candidate Open Primary Act on the 2018 ballot, go online to: stoptop2.com.

Because of the substantial amount of money necessary to support the repeal, continuous monthly contributions by supporters is encouraged. No amount is too small! Contributions can be made online at: stoptop2.com or mail contributions to: FOUNDATION TO STOP TOP 2, c/o Tom Palzer, P.O. Box 2413, Rancho Cucamonga, CA 91729.

Note: If you are aware of any other individual or organization interested or involved in a repeal of the Top Two Candidate Open Primary Act, please contact Tom Palzer immediately so that repeal efforts can be fully coordinated.