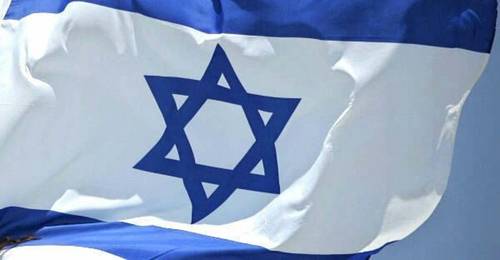 STOP Achinoam Nini from performing at our Yom Haatzmaut celebration

502 people have signed this petition. Add your name now!

Here is a copy of a letter that IDF Lt. Col. (res.) Eyal Platek sent to the head of the Jewish Federation of Vancouver, Canada regarding the Federation's decision to invite the Achinoam Nini to perform at the Federation's Yom Haatzmaut celebration.

Please join Lt. Col. Platek in his efforts to convince the Federation to disinvite such a divisive personality and choose someone more unifying.

Recently we became privy in Israel to reports that the
singer Achinoam Nini (Noa) was invited to perform for the
Jewish Community in Vancouver for Israel's Independence Day
celebration. My name is Eyal Platek, a lawyer by profession
and a Lieutenant Colonel in the IDF Reserves. This letter
represents tens of thousands of IDF officers and Israeli
citizens who live in Israel, who are exposed to daily
terrorism and to its devastating consequences, who fight to
defend the country that is the homeland to all Jews, and
who put our lives on the line.

Members of the Jewish community living overseas, may not be
aware of the extent to which we are hurt from the news of
the likes of Achinoam Nini, a controversial political
activist who uses her performances to promote her ideas
which most Israelis consider hostile and offensive to them,
being invited to entertain our diaspora brethren on our
national holiday, Israel's day of Independence.

My colleagues and I would gladly assist, if you consider
inviting IDF soldiers, officers, who fought and were
injured in operation Protective Edge - soldiers from where
you can learn the real truth about the kind of enemy and
its enablers Israel is facing. You could invite our hero
Tzlatzo Mekonen, an Ethiopian Jew, who was decorated with a
medal of honor for jumping unhesitatingly into a Hamas
terror tunnel chasing the terrorists who murdered and
kidnapped the commander Lt. Hadar Goldin of blessed memory.
You could invite Colonel Eli Zino Givati the commander of
the fighter battalion Giv'ati, who lost many of his
soldiers in battle. You could invite the friends of
Sergeant Oren Shaul whose body, or whatever was left of it,
was kidnapped by Hamas terrorists and has been kept from
burial by his bereaved family; or you could invite a good
many others who fight and are willing to die for the
country and the people that you are part of.

Achinoam Nini is known for the provocations she incites;
she is an extremist who supports radical left organizations
that attack, slander, lie and cause ongoing harm to the IDF
and to IDF soldiers who guard and protect our citizens and
our homeland.

We are disheartened at your decision to invite such a
person especially on the day of Independence of the State
of Israel. I ask that you please reconsider this invitation
and prevent the offense this would cause to the citizens of
Israel, IDF soldiers and the Commanders.

"There is also no doubt that the BDS (boycott Israel movment) will gain more and more momentum and supporters, and justifiably so."

Achinoam Nini (Noa), while stating in English that she doesn't support BDS, has expressed quite the opposite in Hebrew posts. Here is some evidence of her support of BDS activities:

1) Noa has expressed unequivocal support for B'Tselem, Breaking the Silence and New Israel Fund - all organizations that have ties to BDS activities. This can be proven through financial records and other documents
-Attached: picture where Nini expresses support
-You can read about Breaking the Silence (one example), here:

Lapid vs Breaking the Silence

2) Noa has performed at events that commemorate the death of terrorists who have killed Jews: http://www.israelnationalnews.com/News/News.aspx/155258
3) Noa petitions Europe to unilaterally declare a Palestinian state, without consultation with Israel (see picture below)

4) Noa has stated: "I admire President Abbas and his adamant adherence to ways of peace, his outreach to Israel in every possible way and his infinite patience...We are led by a group of racist macho-type thugs, who are incredibly stupid" http://en.cijnews.com/?p=26329

5) Dr. Moshe Dann, Natan Sharansky and many others have affirmed that Breaking the Silence is a "BDS organization": https://www.facebook.com/CUWIVancouver/photos/pcb.653482238122988/653482131456332/?type=3&theater
-Breaking the Silence and B'Tselem are recognized in Israel, both the Right and Left as extremist entities

6) While Jerusalem Post removed the article about her, Caroline Glick, NRG, Kipa, Russian and French publications have all kept them up.

8) Lastly - and most importantly - Achinoam Nini is perhaps the most divisive and insensitive choice the Federation could have made for a Yom Ha'atzmaut. She is regarded by most in Israel as an extremist and someone eroding the legitimization of Israel abroad. A large portion of the Vancouver Jewish community is alienated with this decision. It is unreasonable to use community funds for the official community run event (also sponsored by JNF and Hebrew University, and the Jewish Independent), for such an artist.

In sum: while Noa claims not to support BDS, her words in Hebrew and her actions in practice show otherwise, and are easily proven. She has also outright boycotted the Israel Musician's Union, and other Israeli artists for their politics. In the image below, you will see that Nini calls anyone who doesn't agree with her politics: "unintelligent" and "brainwashed". This is not someone who should represent us on Yom Ha'atzmaut.

Since JNF Canada has courageously and justifiably withdrawn funding this years Yom Ha’atzmaut,

the Israeli Embassy and Consulate have regrettably decided to sponsor this event. Please contact them and share our condemnation of bringing such a divisive, inappropriate artist on Yom Ha'atzmaut. Achinoam Nini's performance will further divide our community and help the BDS demonize Israel.

Consulate General of Israel in Toronto