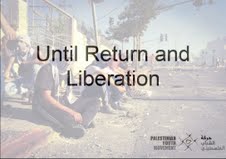 Stop Zionist crimes in Palestine, support to the Palestinian Resistance

Stop Zionist crimes in Palestine, support to the Palestinian Resistance

The horror of the Zionist crimes in Palestine has reached a terrifying level. In broad daylight, the Zionists are slaughtering families, bombing blindly houses, clinics and mosques in Gaza.

What the world is witnessing is a colonial regime using its deadly power to crush a people’s will to resist.

In this unbalanced struggle between a racist ideology and the heroic resistance of the Palestinian people, the European governments, caught up in their old colonial reflexes, have clearly stated their position in support of the Zionist regime.

The current struggle in Gaza and throughout all of Palestine is ours: it is a question of making justice prevail over a colonial project aiming at erasing the Palestinian people, and of standing against colonialism in all its forms and manifestations.

This Battle shall not end as long as the siege on Gaza is maintained, the colonization of the historical land of Palestine is perpetrated and the Zionists imprison and torture our people. This struggle shall only be won when we will all be united, around a vision based on the principles of dignity justice and the liberation of all Palestine!

The armed struggle in Palestine is sustained by our mobilization in the street, and by intensifying, everywhere, the campaign for the boycott against Israel and the sanctions against the Zionist state. Let us take our responsibilities, let us be organized and autonomous, let us bring together all the genuine support to our cause!

We, Palestinian Youth in Europe, call upon a European day of action, everywhere in Europe, Saturday July 26th

● Stop the aggression against Gaza and all Palestine - Stop the blockade

● Total and unconditional support to the Palestinian resistance, in all its forms

● Freedom to all Palestinian prisoners

● Support for the BDS Campaign - Boycott, Divestment and Sanctions against Israel