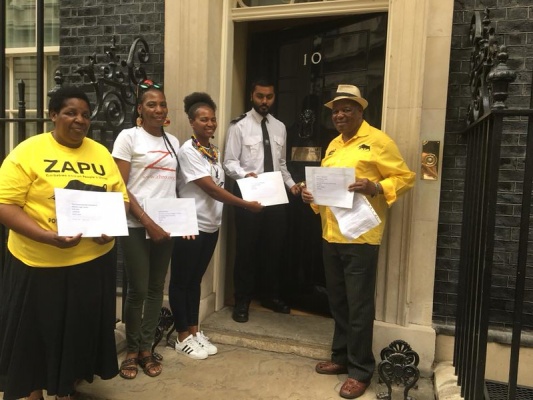 288 people have signed this petition. Add your name now!

We have formally sought permission to deliver a written petition to 10 Downing Street, On the 21st October at 14:00; This petition will cover;

1. Regarding the wholly inappropriate invitation extended by the British Embassy in Harare, Zimbabwe [Presumably with an OK from the FCO, and possibly the UN - regarding COP26], to invite E D Mnangagwa, [illegally elected] President of Zimbabwe and an entourage of 70 – including 50 “Security Personnel” to the COP26 Climate Conference being held in Glasgow 31st October to 12th November 2021.

2. On E D Mnangagwa’s Human Rights record, his political repression record and his non-existent Environmental record we wish to protest in writing this visitation of a despotic tyrant, guilty of Genocide, Murder, Rape and Torture, let alone the institutionalised corruption and looting of all resources to his name.

We need to know which other groups, Lords. MP's or Individuals who are sympathetic to this petition and who are willing to lend their name(s) to this cause.