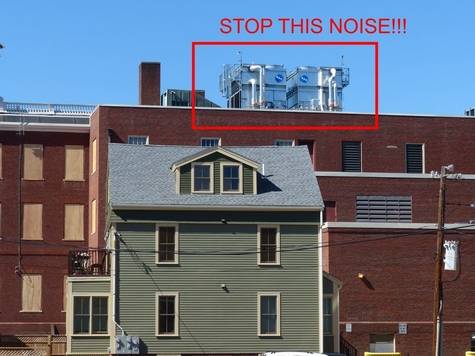 We, the residents of the neighborhood surrounding the building owned by Harvard University and occupied by Verizon at 10 Ware St Cambridge, demand that the City of Cambridge take immediate action to stop the excessive noise emanating from this building’s rooftop HVAC unit.

This noise, which has gotten louder over the past four months, is a disturbing high-pitch sound that persists throughout the day and night and is heard inside many of our residences. It was first reported to Verizon November 2015 and to the City of Cambridge January 2016. This problem has been repeatedly reported by multiple residents to both Verizon and the city. However, the problem has not been resolved nor has a firm date for its resolution been provided.