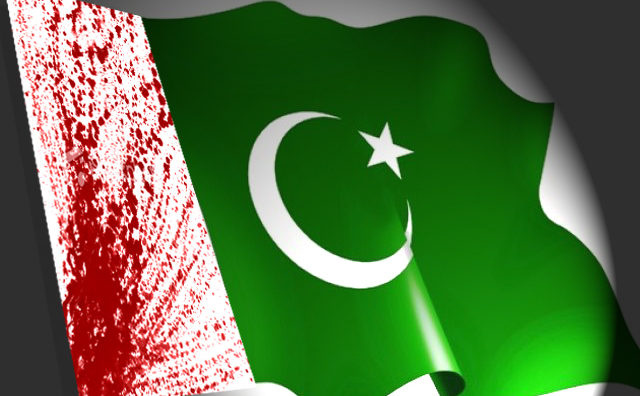 We the undersigned petition the United Kingdom (UK) to immediately revoke its controversial foreign aid programme to Pakistan until proper accountability measures are adopted and evidence of improvement in their poor human rights record.

The United Kingdom’s foreign aid programme to Pakistan is highly unaccountable, bereft of transparency and any accountability infrastructure.

According to fullfact.org, the five biggest recipients of UK foreign aid are Pakistan, Syria, Ethiopia, Afghanistan and Nigeria. In 2016, Pakistan received 463 million Pounds of foreign aid from the UK. Where is all this money going to?

The purposes of the program are to improve human rights conditions in Pakistan, however, in fact conditions are getting worse.

A Muslim NGO in Pakistan reported that in 2014 an estimated 700 Christian girls are kidnapped, raped and forced into Islamic marriages every year. This is a figure which BCPA regards are relatively conservative. The report further illuminates that 300 Hindu girls suffer the same abysmal fate annually and yet there is a culture of silence around these egregious wrongs.

Furthermore, the morally reprehensible response of the UK government to the current predicament of persecuted Christian woman Asia Bibi is further reason why aid to Pakistan should be immediately suspending, pending proper investigation. Asia Bibi is a persecuted Christian woman who was wrongfully convicted of blasphemy in 2010. The draconian blasphemy laws are often used as a weapon to marginalise, vilify and persecute minorities.

While the Supreme Court of Pakistan recently exonerated Bibi of all wrongdoing, acquitting her in a three-judge panel decision, her fate and the fate of her family still remains in the balance. It is worth noting that the Supreme Court, although exonerating her, upheld its archaic and barbaric blasphemy laws that serve only to repress human rights and free speech.

Following her acquittal, hundreds and thousands of rioters took the streets calling for the “blood” or Asia Bibi and any of her sympathisers. She is currently being kept in an undisclosed location while the UN and other Western nations continue to profoundly fail her. UK Prime Minister Theresa publicly denied asylum to Asia Bibi. Given that asylum was often so expediently to Malala Yousaf, one can only wonder, has the UK capitulated to extremists? The UK has failed to act as a conscionable and ethical global citizen in the Asia Bibi matter.

Moreover, the lack of transparency, accountability and transparency in the foreign aid programme means that it needs to suspended immediately until measures can be adopted to ensure that every dollar spent in Pakistan is accounted for and annual or biannual reports are drafted showing how this aid has helped facilitate improvements in human rights in Pakistan.

I am calling on all people to sign this petition requesting that foreign aid from the UK to Pakistan be immediately suspended until a full investigation can be conducted into where the money is going and appropriate accountability measures can be adopted.